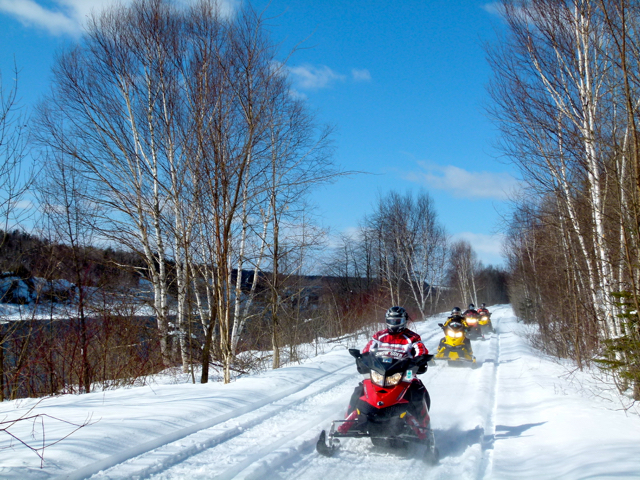 Trailer to Edmundston (drive time from Greater Toronto Area: approx. 11 hours). Where To Stay: Travelodge (506) 735-5525. NB12 runs right behind this motel located on beside the Trans Canada Highway at Exit 13B.

Ride from Fredericton to Miramichi – 200 km (7 hrs) via NB44 east/NB15 north/LT712 east/NB42 north/NB52east. Fuel: Miramichi. Where To Stay: Howard Johnson. Located on the west side of the Miramichi River on NB52 with sled access from west by land trail; from east by river crossing (turn right under highway bridge).