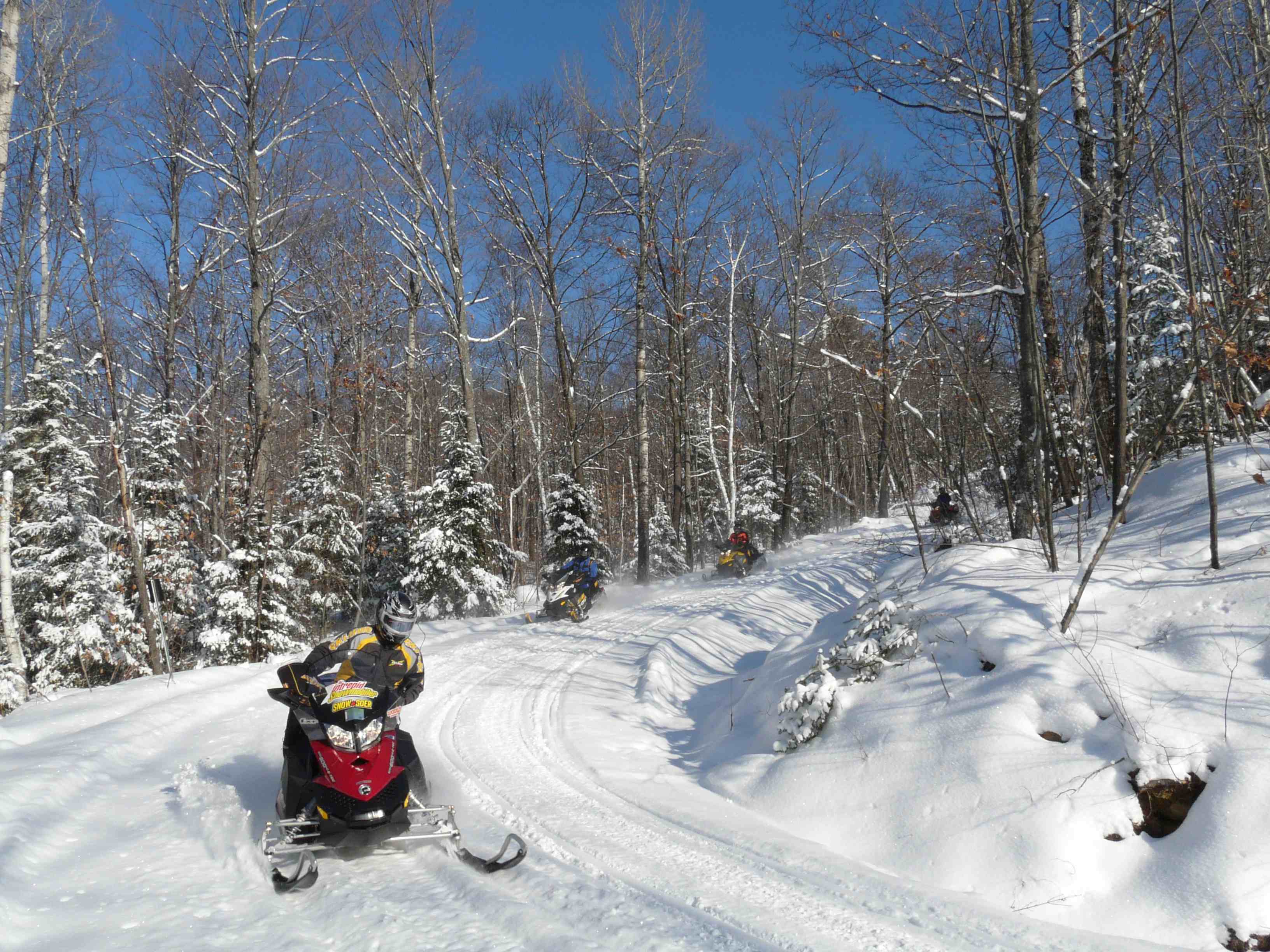 Notes: The direct route by snowmobile trail around Algonquin Park can be completed in as little as three days of steady riding. This tour follows a longer, less direct route on a bigger loop around the park. Toll free phone numbers are included only when they connect directly to the hotel (as opposed to an off site reservation system). TOP = Trans Ontario Provincial; Club Trail = CT. Trails or services may change from the time of my tour; please reconfirm info by using the contacts provided before departing. #ontariosnowtrails #ridetherap #gosnowmobilingontario #snowtourontario

RAP (Round Algonquin Park) Day One

Pembroke to Calabogie (about 9 hrs.) Ride 300 km via TOP A south/TOP E104A west/TOP E north (maps: use District 6 to Renfrew, then District 1). Lots of open fields and unopened road allowances for primo trail riding. Fuel Stops: Renfrew, Calabogie. Lunch: no restaurants marked on trails after Arnprior. Where We Stayed: Calabogie Motor Inn. Located across the road from TOP E and beside Murphy’s Landing restaurant and bar. Fuel is located about a kilometre east of motel on TOP E trail, past the intersection of TOP E102.