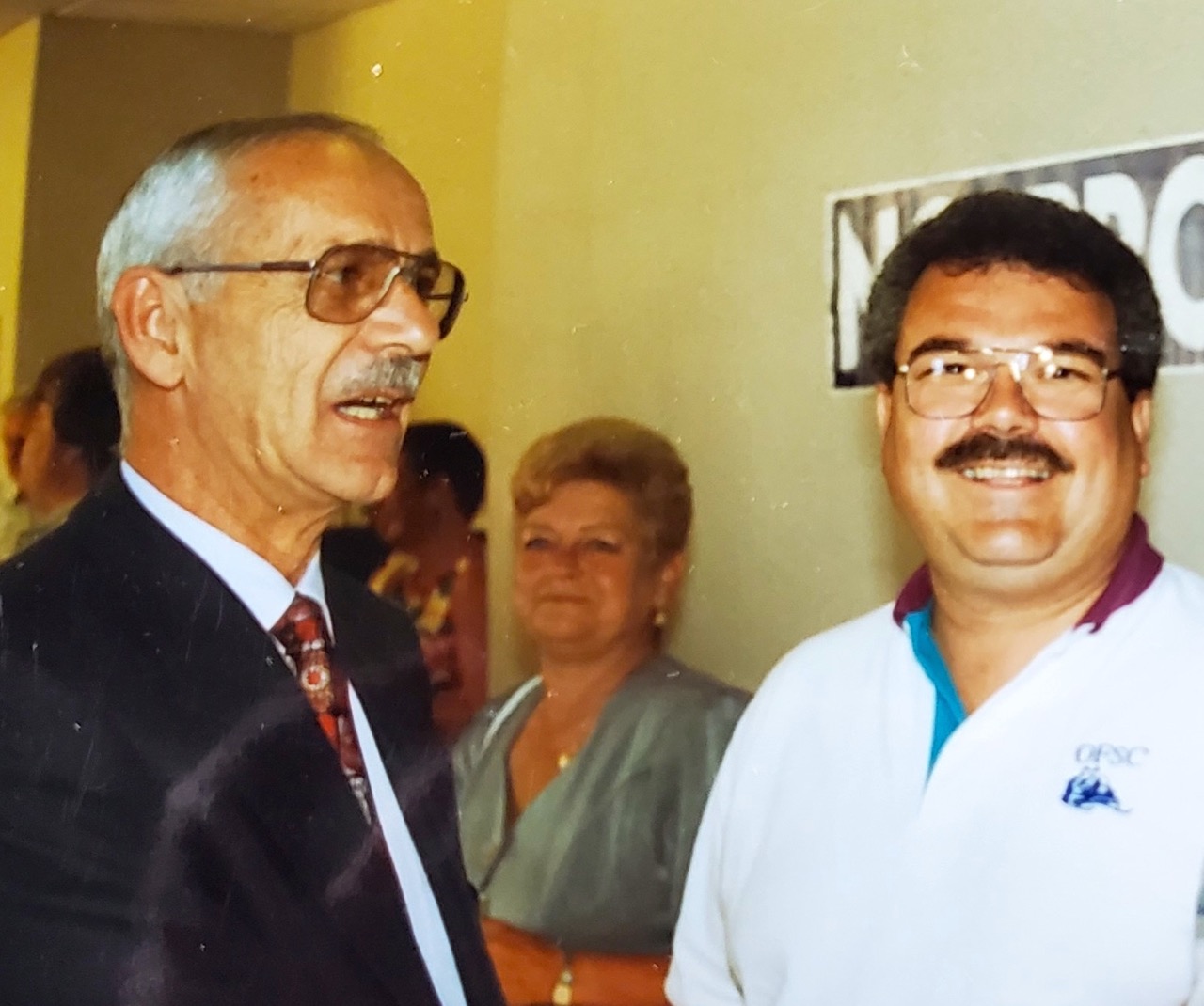 The entire snowmobile industry seemed to hold its collective breath, The sad news spread of the passing of D’Arcy Chenier on October 25, 2021 in his 81st year. I could hear raw emotion trembling the voices of many colleagues as we commiserated with each other. And shared our many fond memories of the man known in his time as “Mr. Ski-Doo”. 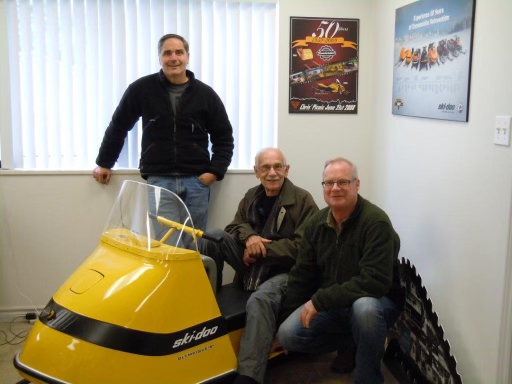 The original Mr. Ski-Doo (centre) on an original! Photo courtesy of Bill Fullerton.

Yet many people reading this today won’t know D’Arcy Chenier. Not surprising, given that he retired 25 years ago. Then he was the head honcho for a now defunct Bombardier Inc. subsidiary called Bombardier Ontario Limited, long before the parent company became a stand-alone powerhouse as BRP. But his legacy of accomplishments lives on, many of which remain relevant today.

From his Barrie, Ontario office, he did it all. Overlooking sales, after-sales service, sales administration, after-sales service. In the same day, D’Arcy could be found talking to dealers (many of whom became true friends) in his office one minute. The next, he’d be operating a lift truck, loading snowmobile crates onto a flatbed trailer for imminent delivery. No wonder industry veterans still remember D’Arcy as a hard worker, good friend, wise mentor and true gentleman.

After the fact, we refrain from speaking ill of the deceased as a common courtesy. But that’s not a concern in the case of D’Arcy Chenier. In his life never a bad word was spoken about the man. He impressed colleagues and competitors alike and earned their universal respect, admiration and yes, even love.

The door to D’Arcy’s office was always open. He welcomed everyone with lively and insightful conversation while enjoying yet another smoke. A bottle of Diana Sauce perpetually rested on his desk. It was ready to go with him and signalled his willingness to continue the discussion over a good steak. I’m sure those of us who managed to overcome the terror of his fast and furious driving style also enjoyed the meal. He swore by GM products like Buick and Cadillac, largely because of their high displacement engines that fed his need for speed. 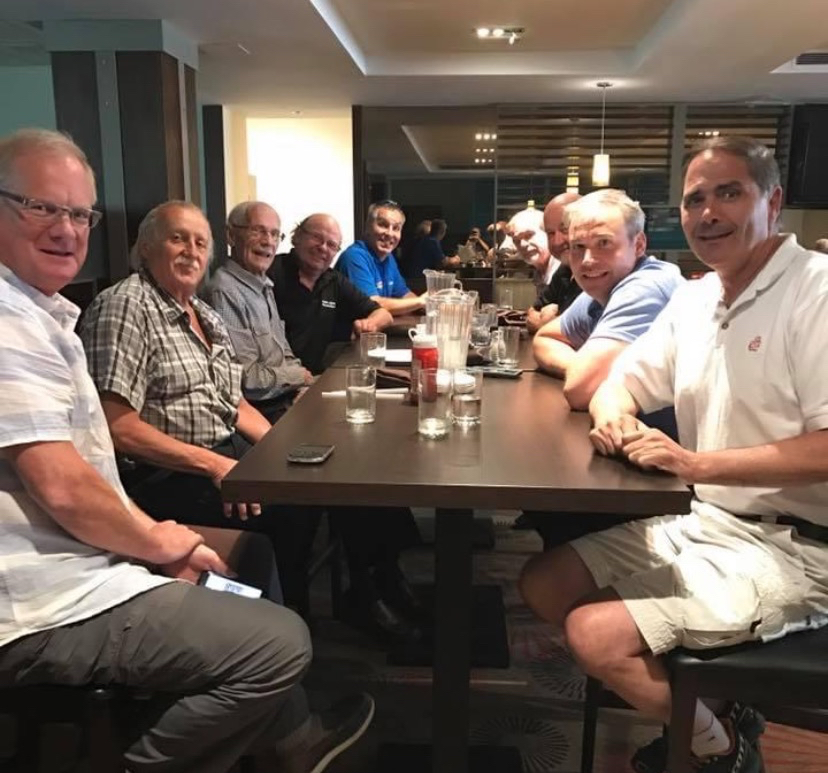 D’Arcy Chenier (3rd from left) with some of his boys. Photo courtesy of Bill Fullerton.

Never one for the limelight, D’Arcy Chenier mostly worked behind the scenes for the good of snowmobiling. Who remembers the key role D’Arcy played in bringing together the competing leaders of the Ontario Trail Builders Alliance and the Ontario Federation of Snowmobile Clubs? In 1988, that effort resulted in a merging of the two into one unified provincial voice to advocate for organized snowmobiling in Ontario.

As a precursor to even more ambitious trans Canada trail ride, the OFSC & the FCMQ combined through the Canadian Council of Snowmobile Organizations (CCSO) to plan a trans provincial trail ride from Ontario to New Brunswick. They called it Rendezvous ’91. At the time, there wasn’t a connecting trail between Ontario & Quebec where the ride needed to cross, so D’Arcy Chenier arranged to float a BR60 groomer to Pembroke and dozed a trail. This not only led to better interprovincial links, but also resulted in an albeit short-lived joint FCMQ/OFSC trail permit. It also kick-started significant new trail development growth in New Brunswick that’s still going strong today.

After retiring from Bombardier, D’Arcy worked part time for the CCSO. There, he was also instrumental in assisting with the operational delivery of Rendezvous ’98 to inaugurate the Great Canadian Snowmobile Trail, which is still in the history books as the only crossing of Canada by snowmobile. A fluently bilingual native of Ville-Marie, Quebec, D’Arcy would liaise easily with OFSC and FCMQ representatives. This helped connect the English and French organized snowmobile communities and forged lasting ties. 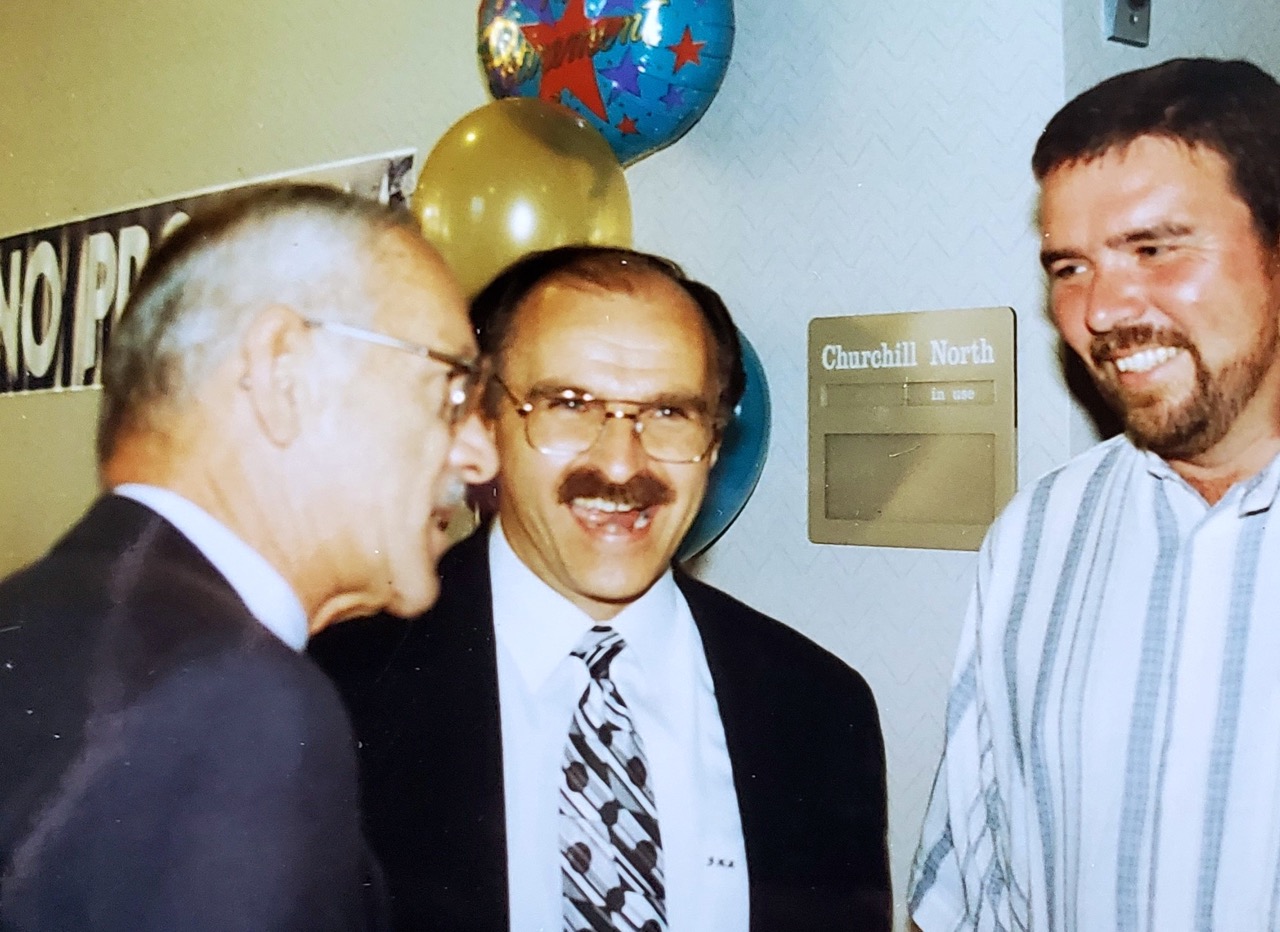 The four snowmobile manufacturers decided to combine forces to host a series of Spring Tours (now known as Sneak Peek). There was no debate among these die-hard competitors about who their point man would be. As one insider said at the time, speaking to the quality of the man: “’We know that D’Arcy is retired from Bombardier and that he bleeds yellow, through and through, but he is trustworthy and we know he will represent the industry fairly.”

Helped Many Get Their Start

Many of today’s industry stalwarts got their start thanks to D’Arcy Chenier,. His legacy lives on through their own achievements and contributions over the years. For instance, he helped guide Marc R. Lacroix to a position at BRP. Marc is now in his 25th year and in a senior leadership role. Similarly through D’Arcy’s mentorship, Michel Garneau became an important part of the FCMQ. He is best known today to snowmobilers as the editor in chief of Motoneige Quebec magazine. I expect many others will add their names to comments. 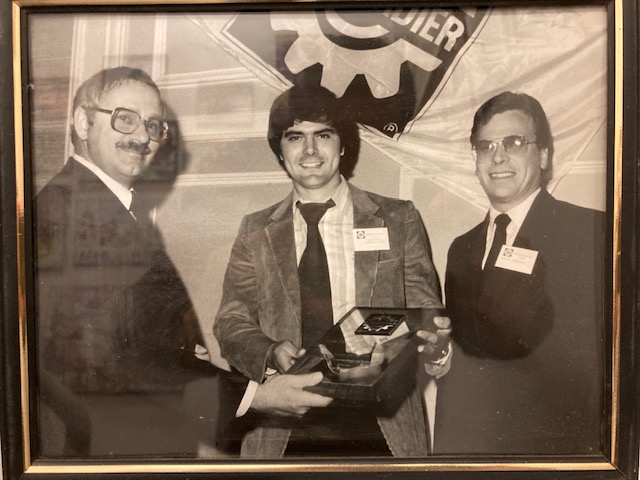 There are many untold stories about D’Arcy Chenier out there that should be heard. I encourage you to share yours in a comment. For example, maybe someone can substantiate the rumour that when D’Arcy went in for bloodwork recently, he still bled Ski-Doo yellow. Forever Mr. Ski-Doo!

Each of us can only hope to be remembered as fondly as D’Arcy Chenier. All who knew and loved the man send our heartfelt condolences to D’Arcy’s beloved wife, Pauline, and his sons, Stéphan and Carl.