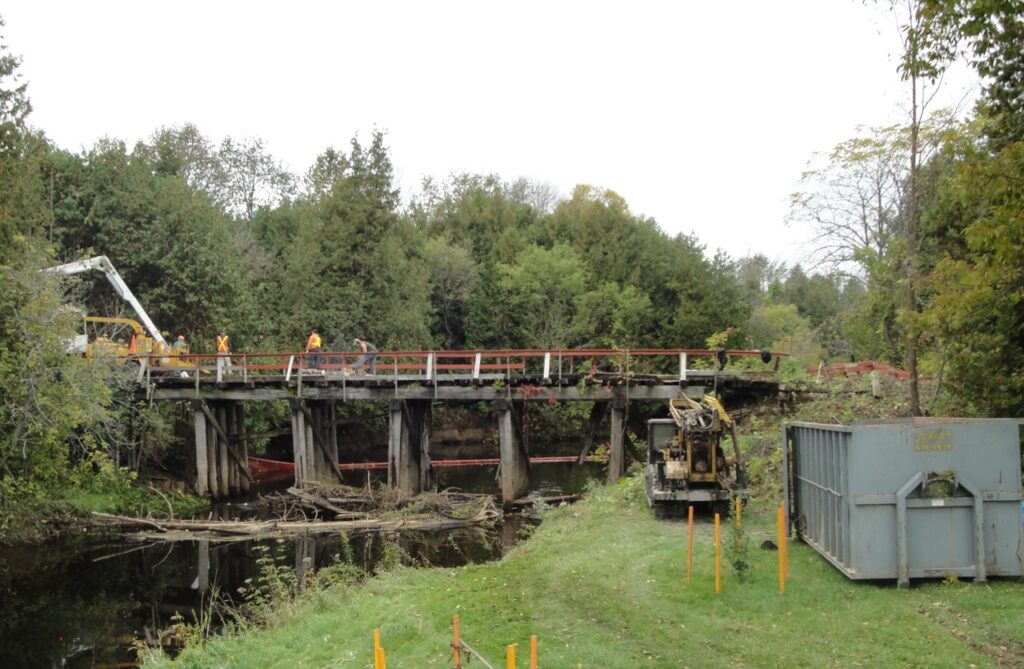 Is there really a crisis with snowmobile club volunteers? If the online pleas from snowmobile clubs I see almost daily are any indication, the answer is an unequivocal YES.

It’s a fact. The shortage of unpaid helpers is already impacting the quality, quantity and sustainability of snowmobile trails throughout the snowbelt. And unless more snowmobilers step up to the plate, trail attrition is only going to get much worse.

Back To The Future 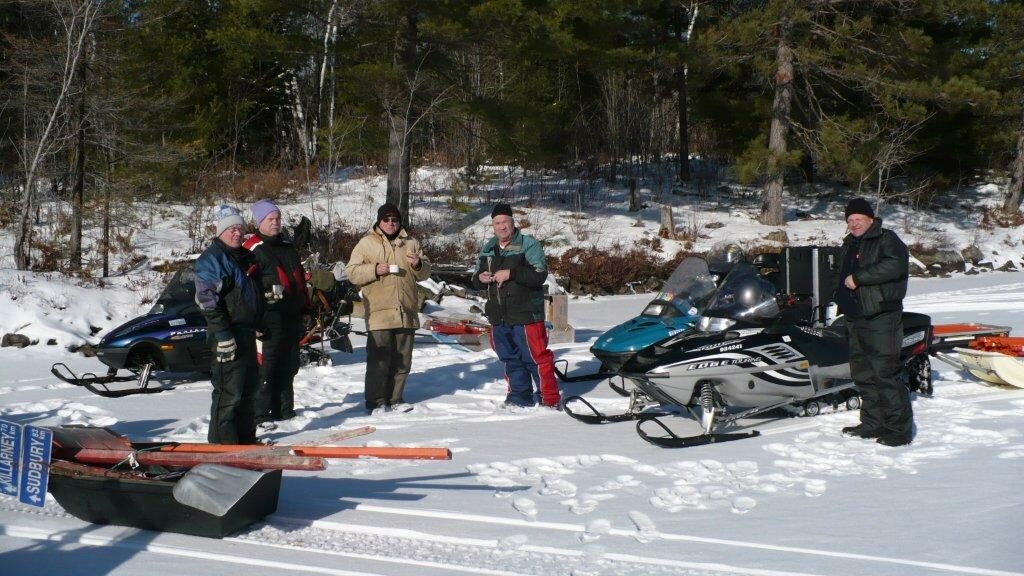 Organized snowmobiling started when snowmobiling was in its infancy. Back in the days when about 400 different companies sold snow machines. When the only places to ride were in someone’s back forty. Or along old roads. Or on squirrely trapper’s paths.

Too many of these routes were illegal and dangerous. Trespass, crashes and occasional decapitations by unseen barbed wire began to give snowmobiling a bad rap. So, quite spontaneously, early snowmobile enthusiasts joined forces informally. Their goal? To build local trails from scratch for legal, safe and reliable places to ride their sleds.

Before long, disconnected pockets of local trails existed around many snowbelt communities. But these new corridors required maintenance. So informal groups became official clubs. And their members dragged old bed springs or other home made rigs behind their sleds to smooth the snow. It was a lot of work. But the desire to ride the best possible trails motivated riders to pitch in collectively to do whatever needed to be done.

Some of the original snowmobile club volunteers are still at it 50 or more years later! And all too often, they are the only ones helping their club.

What Changed With Snowmobile Club Volunteers 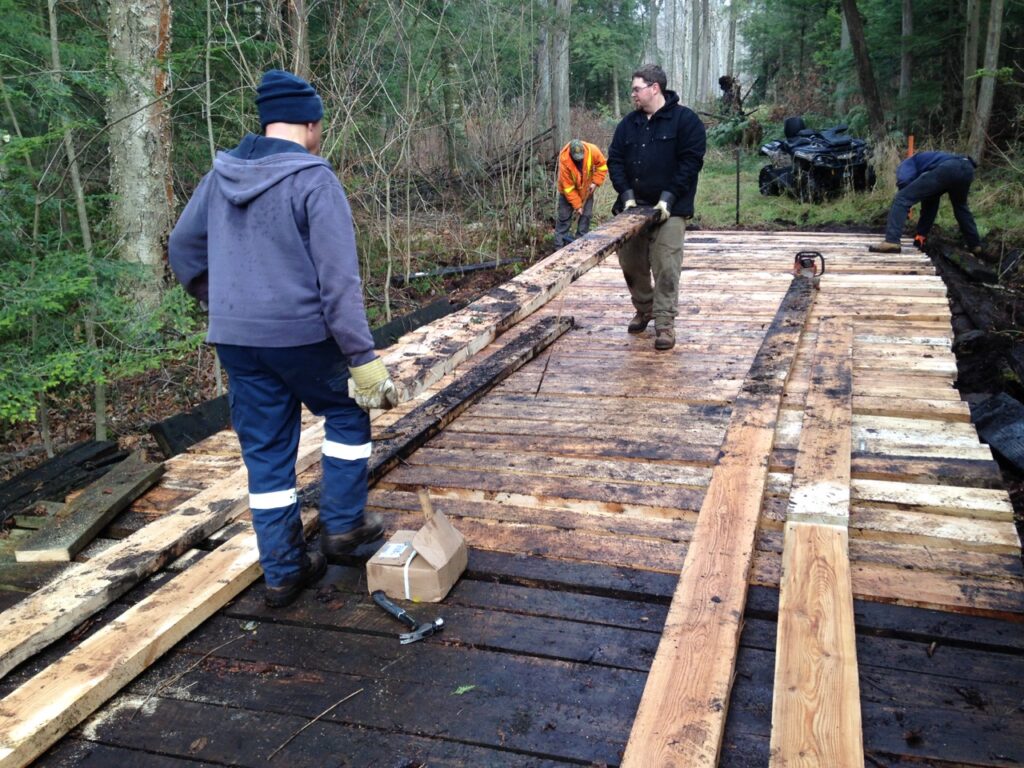 To say nothing of costing dramatically more to maintain. So what started as a casual seasonal project shared by local snowmobilers became a massive annual undertaking, needing many more snowmobile club volunteers.

Meanwhile, a perfect storm of societal changes dictated that volunteerism is in general decline. As any not-for-profit group knows, finding enough volunteers is now tougher than ever. But snowmobiling could and should be the exception, because snowmobilers are the primary beneficiaries of their own volunteer efforts. And because being special is in our DNA…

How Snowmobiling Has Triumphed 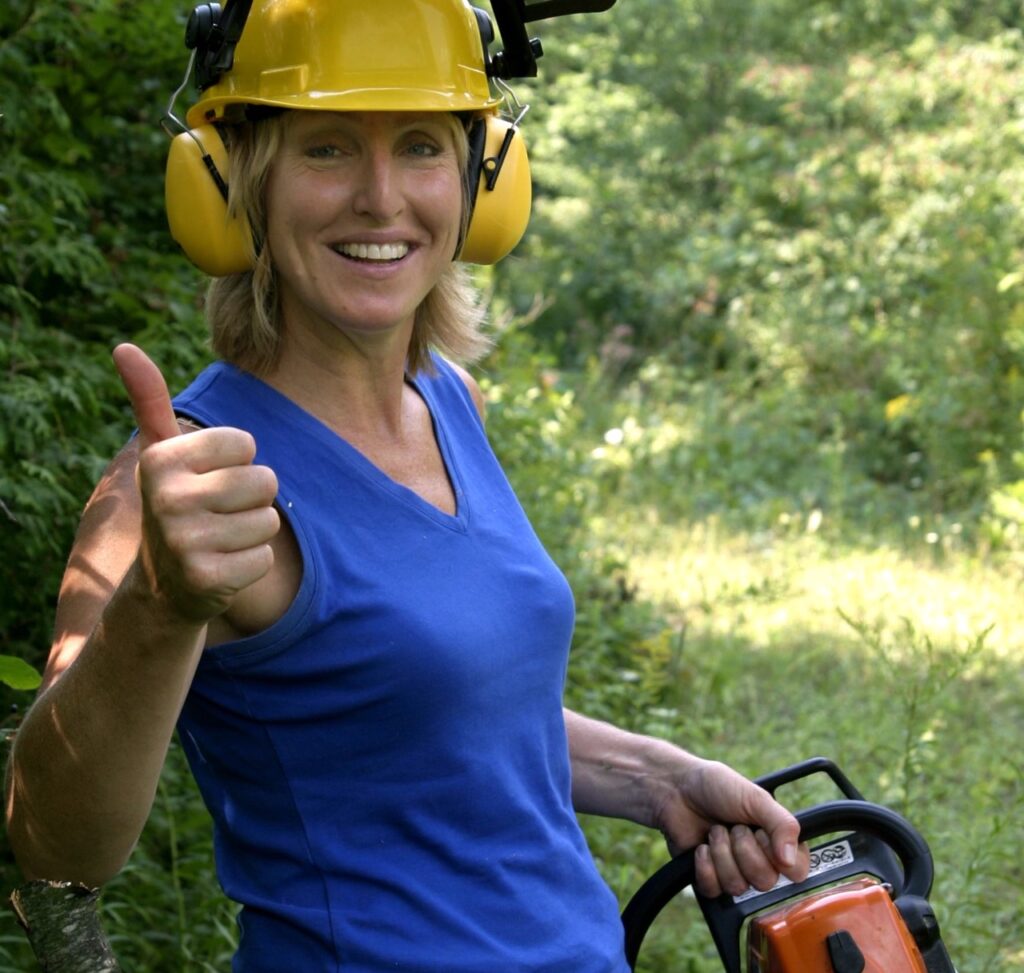 Every snowmobiler can help their local club. Photo courtesy of OFSC District 5.

In the process, we provided unmatched recreational, tourism and business opportunities for snowbelt regions during winter months that are otherwise traditionally dormant economically. What’s more, snowmobilers are the most passionate of powersports enthusiasts.

Collectively, we created a recreational first that is much emulated, but to date not duplicated. We are the only group of recreationists who can pursue our chosen activity on so many miles of maintained trails in so many different places and destinations.

It’s an achievement to be proud of. It’s an astoundingly unique success. And that makes it an accomplishment worthy of being sustained through our on-going commitment to snowmobile clubs. 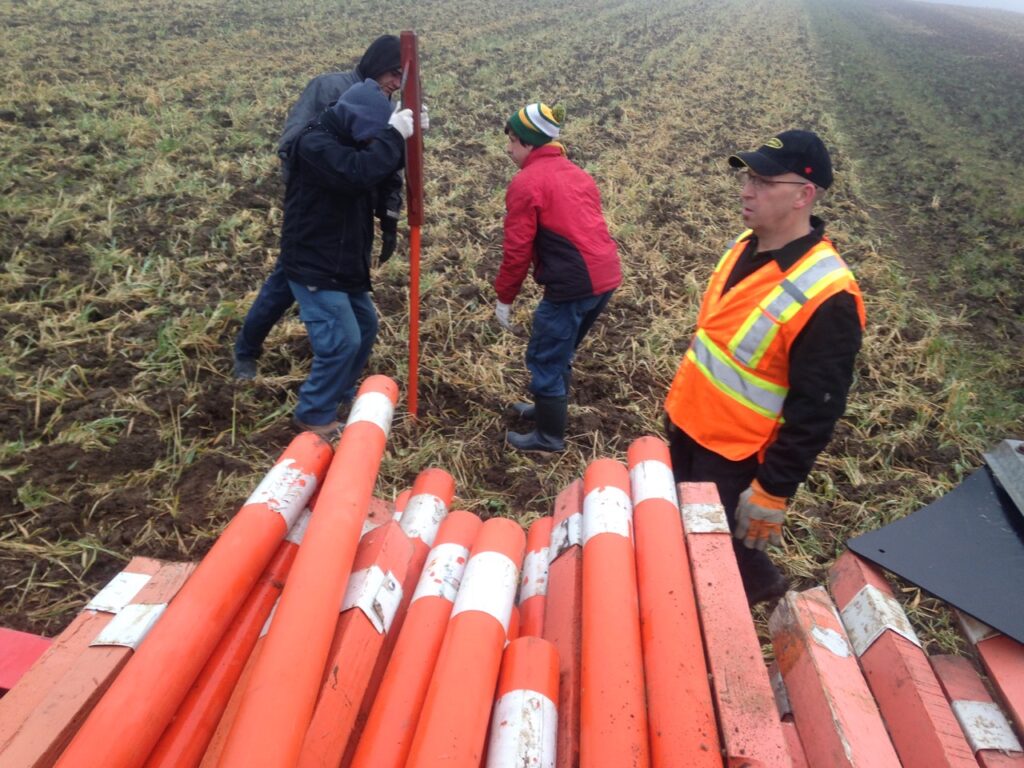 Yes, every snowmobiler who loves trail riding has a stake in its future. Without each and every one of us contributing in some way, at best we’ll revert to local pockets of disconnected trails to ride. At worst, we won’t have any snowmobile trail riding at all.

And that’s why we all need to get involved and pull together. It starts with paying our way by purchasing a trail permit. But it absolutely must continue with contributing to help out our beleaguered snowmobile club volunteers.

I know, I know. Volunteering is a passé term. Volunteering can be a scary prospect. No one wants to get sucked into an unending abyss with no end in sight. Or to get in over their head in something. But getting involved doesn’t have to be a life sentence or an act of drudgery. It can easily be just a day or two a year to help with trail preparations. What’s more it can actually be fun and sociable. Plus, getting involved is a great way to connect with new riding companions or for families to share productive time together. 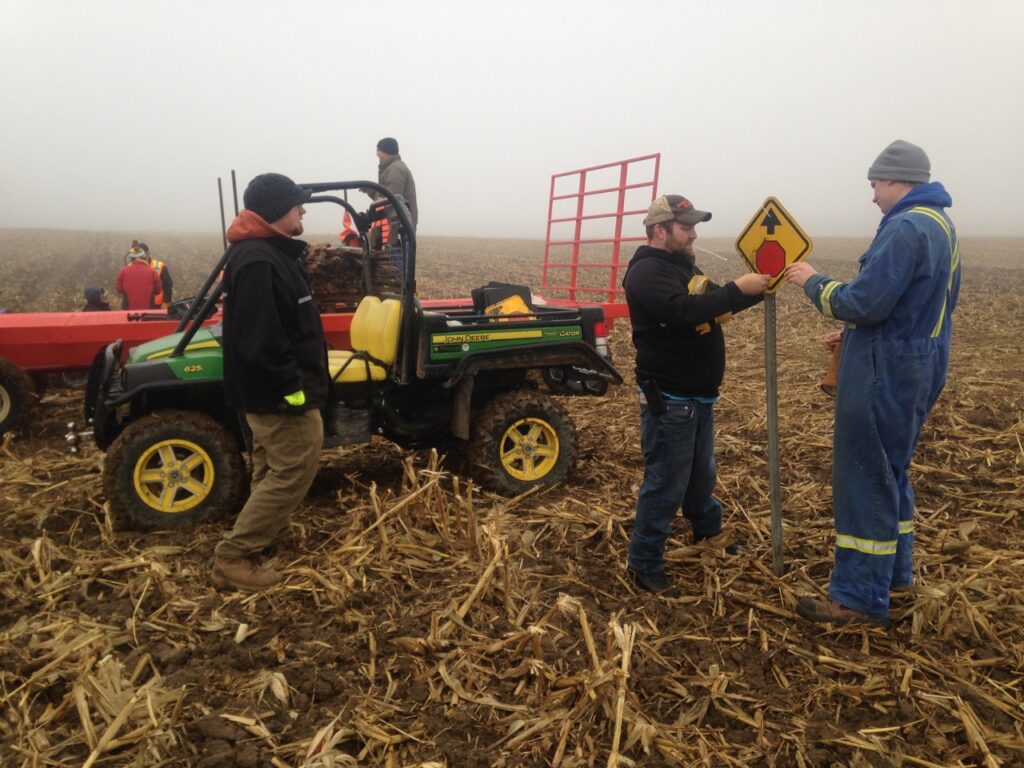 Fall is when most clubs need extra help to prep their trails before it snows. Photo courtesy of OFSC District 5.

So here are two suggestions for addressing the existing snowmobile club volunteers crisis. Maybe we should all start thinking in terms of our contribution to snowmobile trail riding as both buying a permit, plus helping a club for 10 hours a year. This approach would provide both the financial support and donated labour to get the job done.

In Ontario and Quebec, who both sell about 100,000 trail permits a year; this formula would generate 1 million hours of donated effort. I bet that would solve any snowmobile club volunteers crisis for many years to come. The only alternative may be to hire people to do all the club work volunteers used to do. And then increase permit prices substantially to cover all of these new wages. 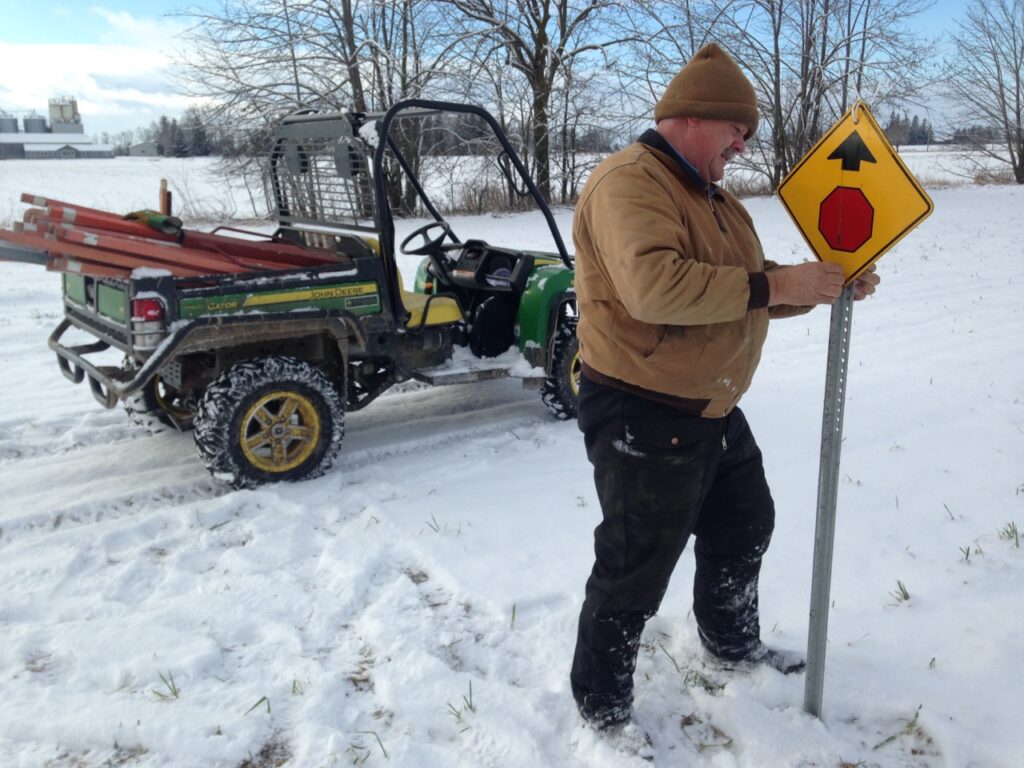 But we need to make it really easy for snowmobilers to connect with clubs. After all, a shrinking number of snowmobilers actually reside near the trails they ride. Many may not have an obvious local club. Or even know who their local club is. So how many of these “come-from-aways” are realistically going to be able to attend club meetings? Or be asked for help at the local coffee shop? Everything these days is going online and so should getting involved.

But recently, I did an unrelated review of snowmobile association websites across Canada. I don’t recall any of them delivering an easy way for trail riders to get involved online. If attracting more people to help is so important, then a snowmobiler should be able to sign up and connect with a club conveniently through every association’s home page. And every club should have a simple process for welcoming and assigning these new contributors for whatever effort and time they are comfortable donating.

Clubs should also be very clear about what tasks need doing and how much time is needed. Make it a finite chore with set times (and location) so as not to scare away potential prospects with open-ended uncertainty. Also, suggest what to bring and wear and where to park. If this is a crisis, now’s the time to make getting organized online a top priority. 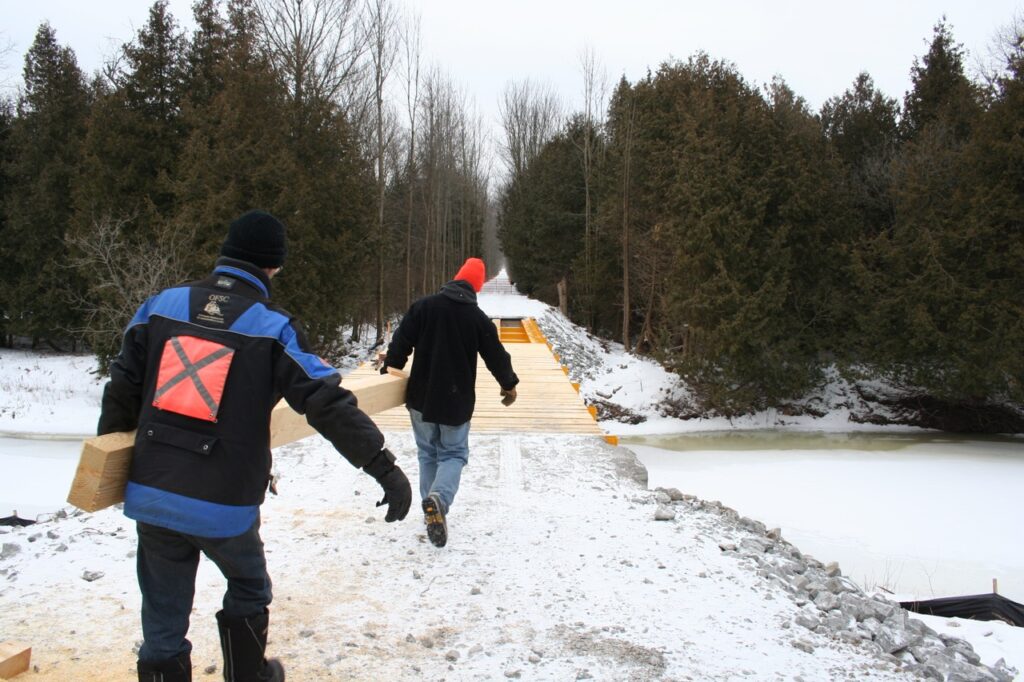 It’s not rocket science, folks. It’s dead simple. If we want to keep on trail riding, we snowmobilers need to donate some time. We must get our butts in gear and give snowmobile clubs the assistance they deserve. Right now, this season. Otherwise, I fear that our great achievement on the snow will soon become only a fond memory.