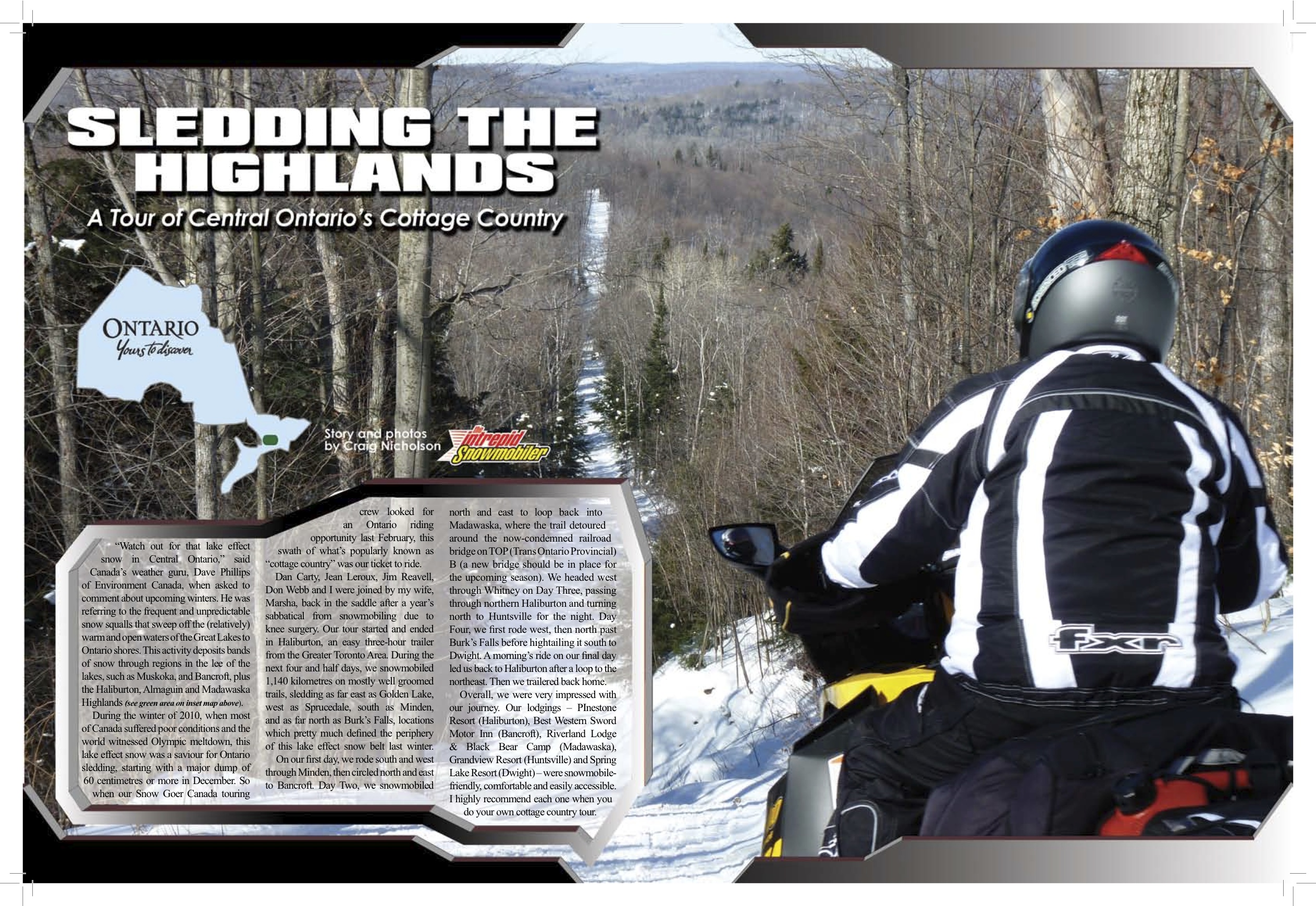 To snowmobile cottage country is easy for your Ontario snowmobile tour or snowmobile vacation. But “Watch out for that lake effect snow in Central Ontario,” said Canada’s weather guru, Dave Phillips of Environment Canada, when asked to comment about upcoming winters.

He was referring to the frequent and unpredictable snow squalls. They sweep off the (relatively) warm and open waters of the Great Lakes to Ontario shores. This activity deposits bands of snow through regions in the lee of the lakes. Areas such as the snowmobile cottage country regions of Muskoka, and Bancroft, plus the Haliburton, Almaguin and Madawaska Highlands. 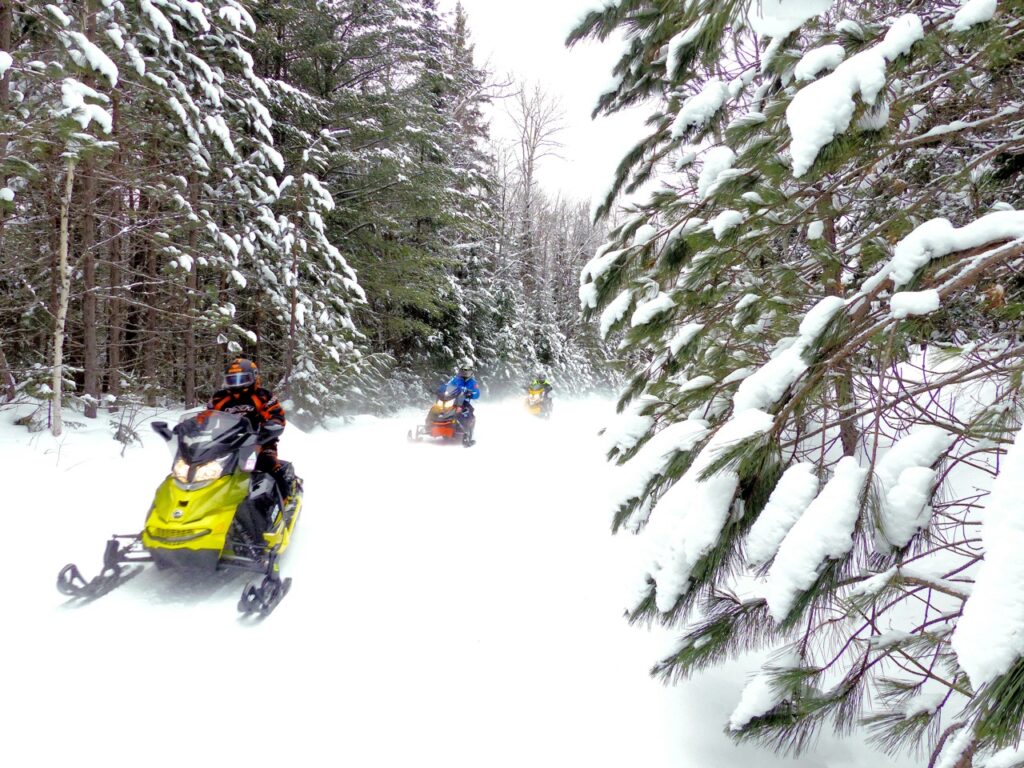 During a winter with less than stellar snow conditions, this lake effect snow is a saviour for Ontario snowmobiling. It started with a major dump of 60 centimetres or more in December. So when our snowmobile magazine crew looked for an Ontario snowmobile tour opportunity last February, this swath of what’s popularly known as “cottage country” was our ticket to ride on #ontariosnowtrails. Meanwhile, if you’re interested in other Ontario snowmobile tour destinations, check out the rest of my Ontario ride articles.

Dan Carty, Jean Leroux, Jim Reavell, Don Webb and I were joined by my wife, Marsha. Our tour started and ended in Haliburton, an easy three-hour trailer from the Greater Toronto Area. During the next four and half days, we snowmobiled 1,140 kilometres on mostly well groomed OFSC snowmobile trails. We sledding as far east as Golden Lake, west as Sprucedale, south as Minden. And as far north as Burk’s Falls, locations which pretty much defined the periphery of this lake effect snow belt that winter.

On our first day, we rode our snow machines south and west through Minden. Then we circled north and east to Bancroft. Day Two, we snowmobiled north and east to loop back into Madawaska. We headed west through Whitney on Day Three, passing through northern Haliburton and turning north to Huntsville for the night. Day Four, we first rode west, then north past Burk’s Falls before hightailing it south to Dwight. A morning’s ride on our final day led us back to Haliburton after a loop to the northeast. Then we trailered back home.

Overall, we were very impressed with our journey and the snow conditions on this Ontario snowmobile tour. Our lodgings – Pinestone Resort (Haliburton), Best Western Sword Motor Inn (Bancroft), Riverland Lodge & Black Bear Camp (Madawaska), Grandview Resort (Huntsville) and Spring Lake Resort (Dwight) – were snowmobile-friendly, comfortable and easily accessible. I highly recommend each one when you do your own snowmobile cottage country tour.