Outstanding Snowmobile Gaspe Tour A Must for Your Bucket List… 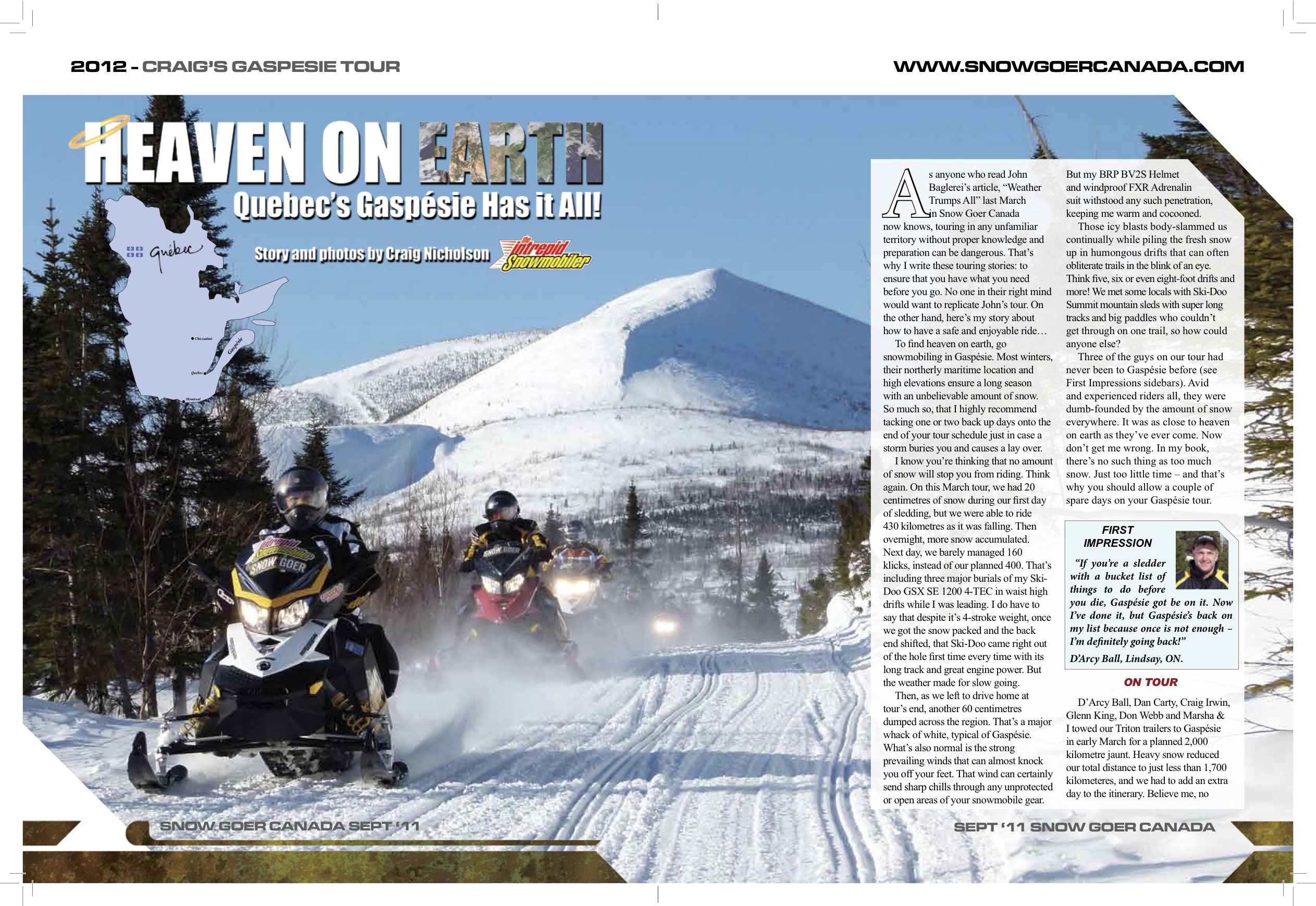 Snowmobile Gaspe if day after day of smooth trail riding is your idea of a great Quebec snowmobile tour or snowmobile vacation. Now add in spectacular scenery, mountainous terrain, abundant snow conditions and a multitude of wide trails on logging roads, utility corridors and rolling fields and you will quickly understand why this maritime region of Québec is a must-visit for any touring snowmobiler.

In late January, Jim Reavelle, D’Arcy Ball, Don Webb, Jim Heintzman, Marsha and I trailered 11 hours from the Greater Toronto Area to the Hotel Universel, Riviére-du-Loup, for what ended up being a 2,000 kilometre, 8-day Quebec snowmobile tour (not including a day to drive there and a second one back). Actually, we were “on tour” for 10 days, but a fierce storm stranded us in Percé for two unrideable days…

It started Friday night. By next morning, the tempest had dumped about 20 centimetres. No problem, except more was yet to come. Another 25 centimetres fell throughout that day, whipped constantly by ripping winds. The ensuing whiteouts reduced visibility to zero, so we snuggled into our refuge, the Hotel Fleur de Lys.

Sunday dawned bright and sunny; we were quick to roll under clear blue skies. Not so fast…within a thousand yards of the hotel, our snow machines were stuck in drifts six feet deep. We took to the roads, hoping to bisect Trans Québec Trail 5 (TQ5). I think we did, but it was only recognizable by virtue of a road sign indicating a trail crossing existed somewhere nearby. Otherwise, the trail was totally obliterated…and there across the field where it was supposed to be, a sea of humongous drifts just waited to embrace unwary sledders. Being totally wary, we were fated to sit out another day, enjoying more Fleur de Lys hospitality on our Quebec snowmobile tour.