Valemount Mountain Riding is Second to None… 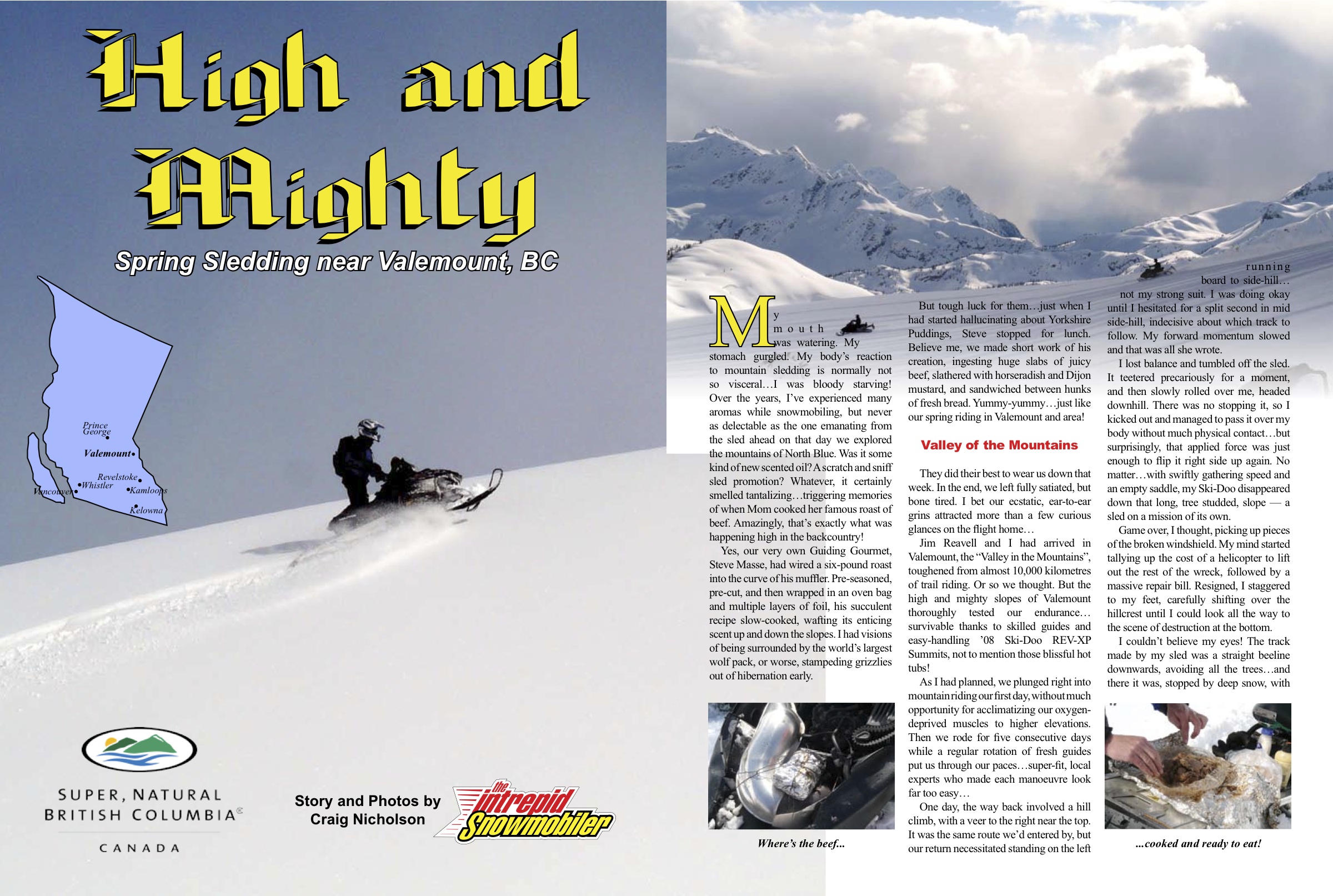 My mouth was watering. My stomach gurgled. My body’s reaction to mountain sledding is normally not so visceral…I was bloody starving! Over the years, I’ve experienced many aromas while snowmobiling, but never as delectable as the one emanating from the snow machine ahead on that day we explored the mountains of North Blue. Was it some kind of new scented oil? A scratch and sniff snowmobile promotion?

Whatever, it certainly smelled tantalizing…triggering memories of when Mom cooked her famous roast of beef. Amazingly, that’s exactly what was happening high in the backcountry near Valemount, on this British Columbia snowmobile tour! Meanwhile, if you’re interested in more British Columbia snowmobile tour mountain riding, check out the rest of my Western Canada articles.

Yes, our very own Guiding Gourmet, Steve Masse, had wired a six-pound roast into the curve of his muffler. Pre-seasoned, pre-cut, and then wrapped in an oven bag and multiple layers of foil, his succulent recipe slow-cooked, wafting its enticing scent up and down the slopes. I had visions of being surrounded by the world’s largest wolf pack, or worse, stampeding grizzlies out of hibernation early.

But tough luck for them…just when I had started hallucinating about Yorkshire Puddings, Steve stopped for lunch. Believe me, we made short work of his creation, ingesting huge slabs of juicy beef, slathered with horseradish and Dijon mustard, and sandwiched between hunks of fresh bread. Yummy-yummy…just like our spring British Columbia snowmobile tour in Valemount and area!

Riders should reconfirm the routes and services mentioned in this British Columbia snowmobile tour article as they may have changed since publication.