Use Based Snowmobile Permit Fee?

What do you think about a use based snowmobile permit fee? 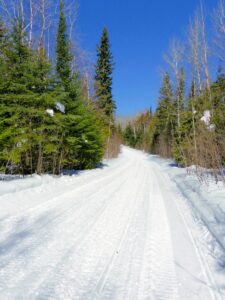 Use Based Snowmobile Permit Fee?

The more we use the snowmobile trails, the more we’d pay. The telematics technology now being touted to monitor our road use in cars could also be adapted for sleds to measure our snow trails usage for snowmobile rides. Now that would be truly user pay!

Before you fire me off a nasty comment, take a moment to consider. One of the main complaints from permit buyers is paying a fee set before the season starts in the hope that a) they’ll be lots of snow where you ride, and b) you’ll have as much time available to ride as you had hoped. If either or both of these go wrong, some or all of that permit investment may be wasted – and that’s frustrating, disappointing and costly.

So what if we paid a much lower base fee for our permit that included, say a 1,000 kilometres? Then our fee rose incrementally with additional use? Wouldn’t this be fairer? A rider who manages to ride less than 1,000 klicks would get a break, while a rider like me, who always has time and goes to where the snow is, would be charged more to a set maximum, like riding farther on a toll road. 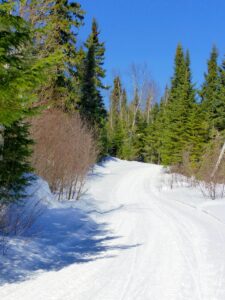 Is the present system really fair? A permit buyer that may end up snowmobiling very little in any given season doesn’t do much damage to trails or incur much grooming expense. Whereas clubs must resurface their trails much more often thanks to lots of use by permit buyers like me. But, assuming each permit buyer purchased at the same time, both buyers are paying the same for their trail permit. One may be getting stiffed; the other, a hell of a deal.

I’ve noticed an interesting dichotomy among today’s snowmobilers. Those who frequently under use their permit question its value. Those who over use their permit think its great value; many say they would even pay more. If every snowmobiler were to pay a basic amount to help ensure the continued existence and basic support of snowmobile trails, then from that point on, perhaps heavier use should equate to higher fees. Maybe fewer casual users would drop out of snowmobiling if their permit fee was more reflective of their limited usage.

So, still thinking far outside the box, here’s another radical notion. If you’re a big trail user, would you be willing to start paying more right away? No sled telemetrics, just the honour system. Here’s my challenge to you: if you put on lots of trail kilometres each winter, don’t buy your permit until all the deals are over – pay full price. That’s what I’m considering next winter because the amount of riding I do costs the system more in grooming expense. I haven’t decided yet if I‘m prepared to fork out any more than that for a permit based on usage, but I sure am going to start paying full pop. How about you?