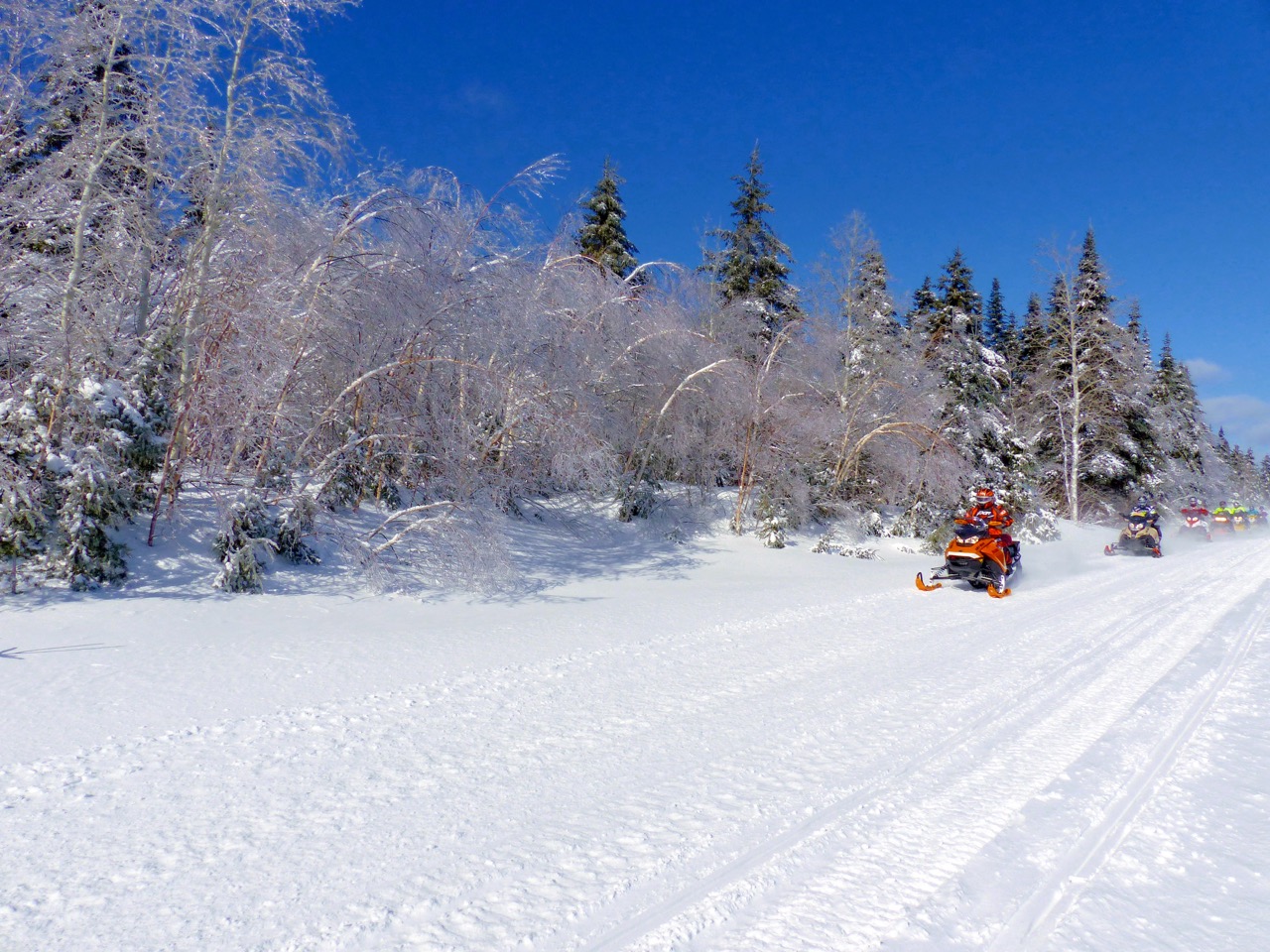 Here’s my BRP XPS synthetic snowmobile Oil review. I should have twigged that oil had changed when my first Ski-Doo E-TEC® engine didn’t seem to use any. Little did I know how dramatic a story was behind that oil change. And it’s continued with the new Rotax™ super high tech 850 E-TEC engine. So this column is about 2-stroke oil. Reading it could save you 100’s of dollars and a ton of heartache, regardless of which brand of sled you ride.

For many years, it didn’t seem to matter what oil I dumped in my sled. As long as the label said “2-stroke” and pictured a snowmobile, I grabbed whatever was handy and cheap – and burned lots of it.

This quantum shift required that a specifically engineered 2-stroke engine operate with specifically formulated oil. It had to be custom tailored to meet new high tech specs. Since each OEM has its own way of building engines, each has developed its own formula for engine oil. Ski-Doo’s Rotax™ E-TEC engines, generally accepted as the most advanced 2-strokes available in a snowmobile today, are a good case in point…

While the Rotax development team overcame the many challenges of bringing the first E-TEC to the snow, a BRP XPS synthetic snowmobile oil development team simultaneously worked on E-TEC specific oil. Their goal was to deliver peak performance and long-term reliability to say nothing of EPA requirements. No existing 2-stroke oil passed E-TEC durability testing. The XPS team set out to engineer a new oil, as revolutionary as E-TEC itself.

What followed was a three-year development process. It involved over 1,000 hours of dyno time and hundreds of thousands of miles of snow testing. Also, a bunch of complicated science, considerable engineering expertise, and not a little trial and error. The result is today’s line up of XPS premium and super premium oils.

So, XPS is not the same as any other oil on the market. And it’s unlikely that any off-the-shelf, non-OEM 2-stroke oil even comes close. After all, BRP has new engine investments to protect, reputations to safeguard and sled customers to keep happy. These are powerful motivations for any OEM’s to get it right with their oil. So right, in fact, that the XPS brand has expanded to a wide range of specially formulated products to oil, lubricate and maintain your sled as good as new.

Unfortunately, some riders are still using aftermarket snowmobile oil that is not up to specs. Whether from habit, penny-pinching or scepticism that any oil is better than another, these riders are asking for trouble. Why? Because they are settling for under performance, harder starts and unnecessary engine damage to their highly advanced 2-stroke sleds. If there’s one reason to believe that 4-stroke engines generally last longer, it’s probably because their oil changes are usually done by a dealer. Usually, a pro shop uses the right OEM oil, whereas too many 2-strokes get an inferior oil diet.

No Industry Standards For Snowmobile Oil

There’s another point to consider when making your oil choice for the next generation 2-strokes. It’s buyer beware. At time of writing, there is no industry standard for snowmobile oil to protect consumers. Unlike with auto or marine oil that has set standards, anyone can bottle any old oil. And then claim it’s good for every 2-stroke snowmobile engine. Also, don’t be fooled just because the label says “synthetic”. That designation only refers to the base stock being used in the formula. But the unique additive package and molecular structure is what really separates one 2-stroke oil from another.

At least we can be sure that OEM oils have gone through an intense, rigorous, and lengthy development and approval process to qualify for use in their engines. So here’s a tip: when you can’t find your usual OEM oil, 2-stroke oil formulated by another OEM is probably a better temporary substitute than any old thing off the shelf. 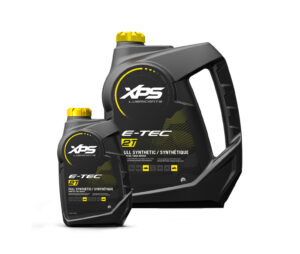 I thought that the pitch about OEM oil being better was a bunch of malarkey. You know, just an excuse to squeeze a few more bucks out of me. But then I heard the back-story on the development of BRP XPS synthetic snowmobile oil. Also, I became privy to some of the intricacies of the actual refining process. And then I saw actual test results compared to other oils. So now I’m now a believer.

Besides, I have seen for myself that some high-miler Ski-Doo E-TEC riders using non-OEM oil have had engine problems upwards of 6,000 miles. Meanwhile, their buddies doing the same long distances on the same make, model and year sleds with BRP XPS synthetic snowmobile oil have not. This is the ultimate proof that today’s highest tech 2-stroke snowmobile engine requires the highest tech 2-stroke snowmobile engine oil developed by the OEM.

But I’m still amazed at how little oil my Ski-Doo E-TEC engine uses. It’s uncanny. I’ve gone from lugging around 8 to 10 extra litres (in addition to a full reservoir) on tour to carrying less than half that amount. And returning home with oil to spare. That’s a dramatic enough oil change for anyone!