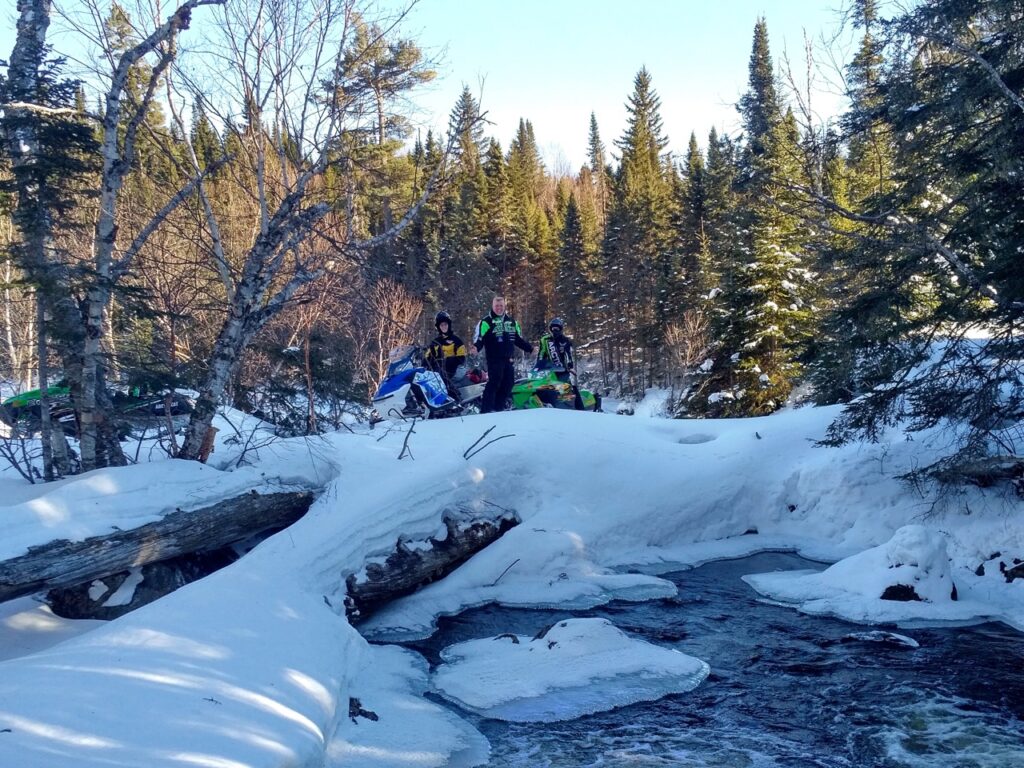 Finding sufficient snow and ready trails can be a moving target for early season riders. And sometimes getting that first trail ride involves traveling somewhere different and farther than usual to find those special sweets spots of snow in early season snowmobiling destinations.

Typically, your goals are different too. They may lean more to breaking-in your new sled, checking out your gear, re-acclimatizing yourself to winter. And grabbing the bragging rights to being first on the snow.

While no one can absolutely predict where the best early season riding will be at the outset of any winter, some destinations are a safer bet than others. Often, they are located farther away than your usual mid-season choices.

Always go with the understanding that even in these sweet spots, early season conditions can be variable. This means their full gamut of trails may not be ready or up to mid-season quality yet. Or that if you ride too far out of the sweet spot, you may run out of snow.

Here are some early season snowmobiling destinations I’ve found that are normally pretty reliable. But double-check carefully before going to assess exactly what’s available and what’s not. 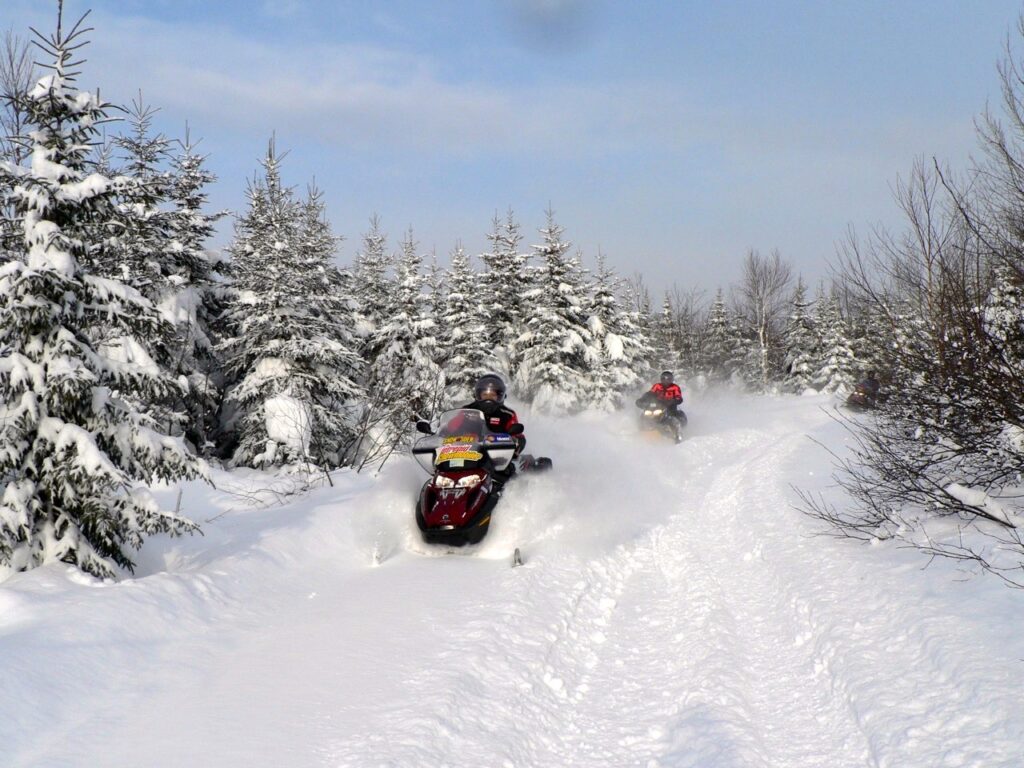 Early snowmobilers venturing to Monts Valin can expect a mix of trail-riding and backcountry adventure. This also includes powder riding on old logging roads that will become groomed trails later in the season.

There are also snowmobile trails climbing to each of the five highest peaks in the area, known as the “Summits Circuit”. While they are less likely to be groomed early, long track sleds can usually make it up. Others can follow after the snow is broken and packed.

The Monts Valin area is the easternmost end of the Laurentian Mountain Range. It’s about a two-hour drive by 4-lane highway north of Quebec City. Early cold and snow results from high elevation. And from being on the snowier north side of the Saguenay Fiord.

So winter arrives here before most other destinations in Eastern Canada. It also sets in durably and stays longer. Another big plus for early riding is that Monts Vailn has few trail water crossings. So there’s no wait for ice to form.

Lodging choices within the Monts Valin area are Relais Auberge du 31KM and Passion Quebec (beside Valinouet Ski Hill). From those locations, snowmobilers can ride from their doorstep each day.

There are several locations to get fuel and food within Monts Valin itself. These include Auberge du 31, Relais Valinouet, Relais La Chappelle and Relais Onatchiway.

Here are three final tips for your early visit to Monts Valin. One, bring cash because some places don’t take plastic. Two, grab a local trail map from the Club de Motoneige Caribou-Conscrits. Three, plan at least a long weekend of early riding to make the drive to the Saguenay Lac-St-Jean Region worthwhile. 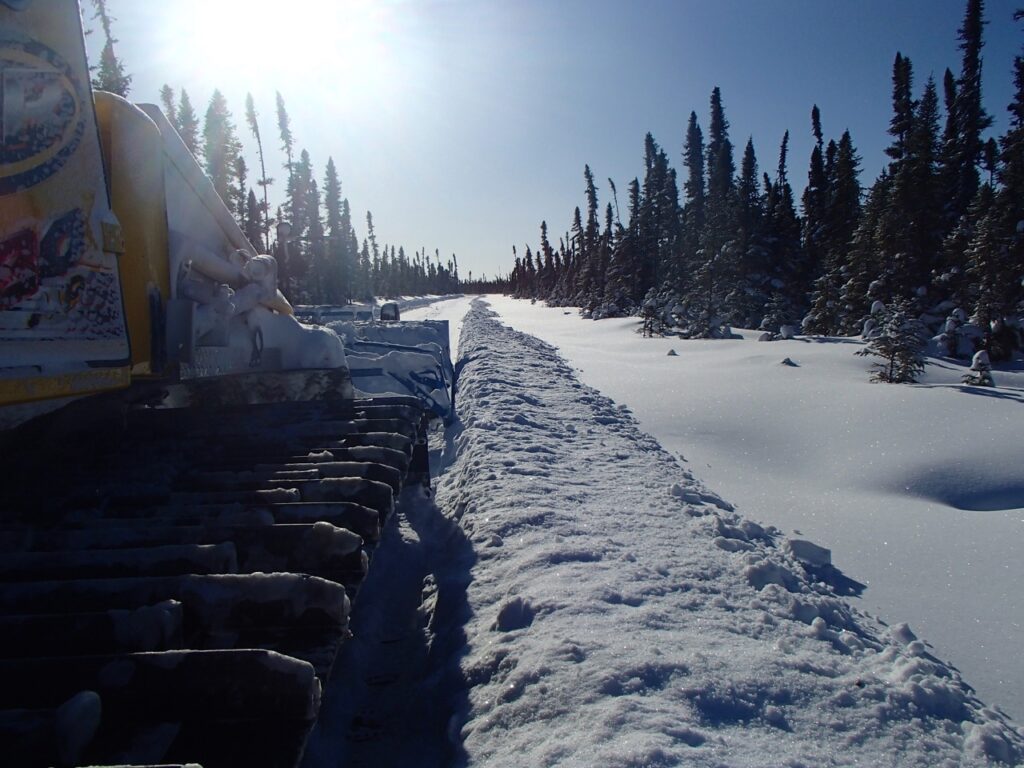 Each winter, the popular “Northern Corridor” has one of Ontario’s longest and most reliable snowmobiling seasons. That’s why I ride there as much as possible, staging out of the Thriftlodge, Cochrane.

Typically, snow starts in mid-December. But early trail riding can be limited until after New Year’s. That’s because many river crossings rely on sub-zero temperatures to help local snowmobile clubs build ice bridges. On these, extra ice thickness forms from repeated, man-assisted cycles of flooding and freezing that allow groomers to pass over.

Northern Corridor clubs have designated their main route, Trans Ontario Provincial (TOP) A from Cochrane to Hearst, as an “Early Season Priority” trail. They are committed to working together to get its entire length ready as soon as possible. Thus, some sections may be available even before ice bridges are completed. The result can be pockets of accessibility defined by river boundaries for early season riding. These can be viewed on an Interactive Trail Guide operated online by the Ontario Federation of Snowmobile Clubs (OFSC).

After an additional trailer drive (45 minutes) to Kapuskasing, a day could be spent exploring other available trail options. Depending on the season, there are likely to be riding opportunities south of Cochrane too. But please note it’s quite possible most secondary trails won’t be ready until later as the focus is on making TOP trails available first.

Admittedly, it’s preferable to do all this entirely by snowmobile. But pocket riding may be inevitable, typically until at least early January. However, trailering early to Cochrane is almost a right of passage for kicking off a new winter. And it must be worth the seven-hour pilgrimage north from the Greater Toronto Area. Because many avid snowmobilers do it religiously every year, staging from the Thriftlodge.

In part, that’s due to dependable snow and cold temps. But it’s also thanks to some of the widest, most inviting trails Ontario has to offer. The Northern Corridor is a region where snowmobiling exhilaration is the norm. And where all communities and plentiful services are super snowmobile-friendly. 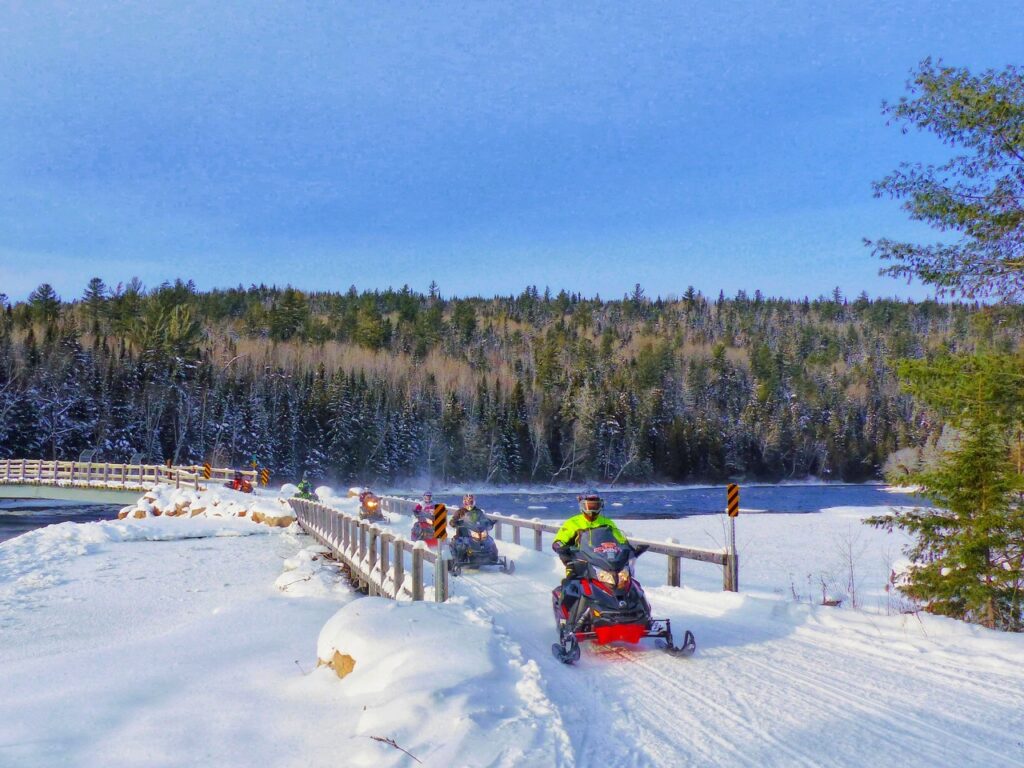 The Lanaudière Region is a popular destination for American snowmobilers, particularly from New York, Pennsylvania and the New England States. But many Ontario riders are also discovering that some areas of this western section of the Laurentian Mountains can be Christmas-ready when conditions permit.

Around the villages of Saint-Zenon and Saint-Michel-des-Saints, altitude and elevation combine in an active snow pocket. Here, the white stuff typically starts falling in December. Since most trails are on forest access roads, packing and smoothing can happen fairly quickly once it’s cold enough.

One staging location has consistently delivered for our group. Auberge le Cabanon is positioned in the centre of the sweet spot described above. Le Cabanon adds several early season advantages that make it our go-to destination between Christmas and New Year’s.

One, there’s no road-running to get to trails or services. Two, Auberge le Cabanon is a major trail hub (Trans Quebec 23 & 63). This results in multiple directions to ride without using local access trails. Three, le Cabanon is home base for several groomers. They operate nightly to provide a smooth ride every morning. 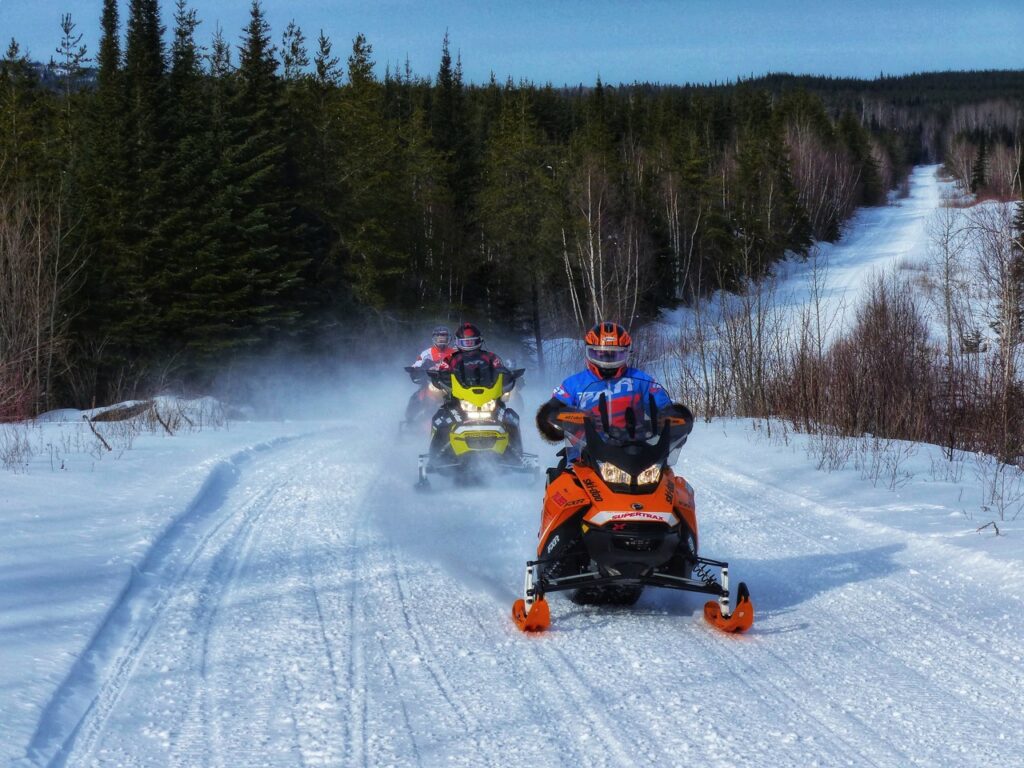 Some of Ontario’s best early season riding typically takes place in this area positioned a couple of hours trailering north of Sault Ste. Marie. This location makes it accessible to both American and Ontario snowmobilers in search of first snow.

If early snow conditions are really good, it may be possible to stage from Searchmont to ride All The Way north to Hearst. If so, you’ll find lodging at the Driftwood Valley Chalets or at Half Way Haven (along with fuel and scrumptious home-cooking). Otherwise, Wawa or Dubreuilville are often the first to have trails ready. You can stage from the Wawa Motor Inn or from Dubreuilville’s Magpie Relay Motel.

The area’s Quebec-style trails are generally wide and sweeping. They wind through this remote high country, mostly on logging roads, cut lines and utility corridors. The Algoma Highlands aren’t mountains as such, but their hilly terrain and the primo trails make snowmobiling here exceptionally exhilarating, interesting and invigorating for early season adventure seekers.