How to Find Best Spring Snow Conditions in Gaspésie Quebec… 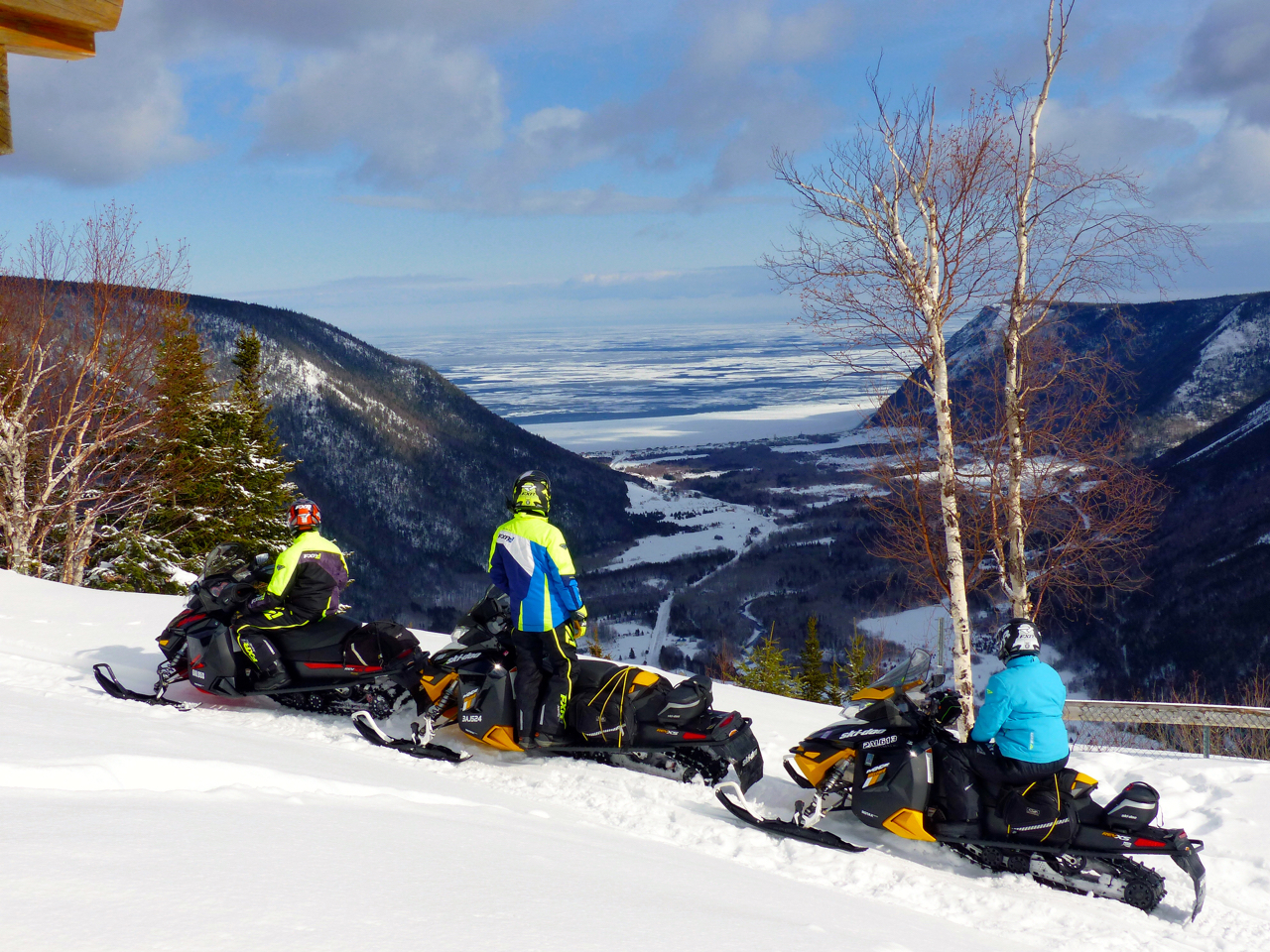 I recently experienced a Gaspésie Quebec March snowmobile tour on a six-day, 1,800 kilometre (1,119 mile) Quebec snow machine adventure. Snow conditions & trails were good in this most mountainous of Québec’s many regions – and normally are into early April.

So if you’re looking for a last snowmobile trail ride of the season that’s second to none trailer to Gaspésie. Same goes for to do some boondocking and back country adventure!

Interestingly, many snowmobilers stage for this tour out of Rivière-du-Loup. This town is actually part of Gaspésie’s neighbouring region, Bas-Saint-Laurent. The Gaspésie Region itself doesn’t officially start until around the Town of Mont-Joli, over 200 kilometres to the east. But depending on when you go and what snow conditions are like at the time, you may want to/have to stage as far east as Matane to find the best available late season snowmobiling. Wherever you start, make your spring snow machine ride as good as possible with these Quebec planning tips… 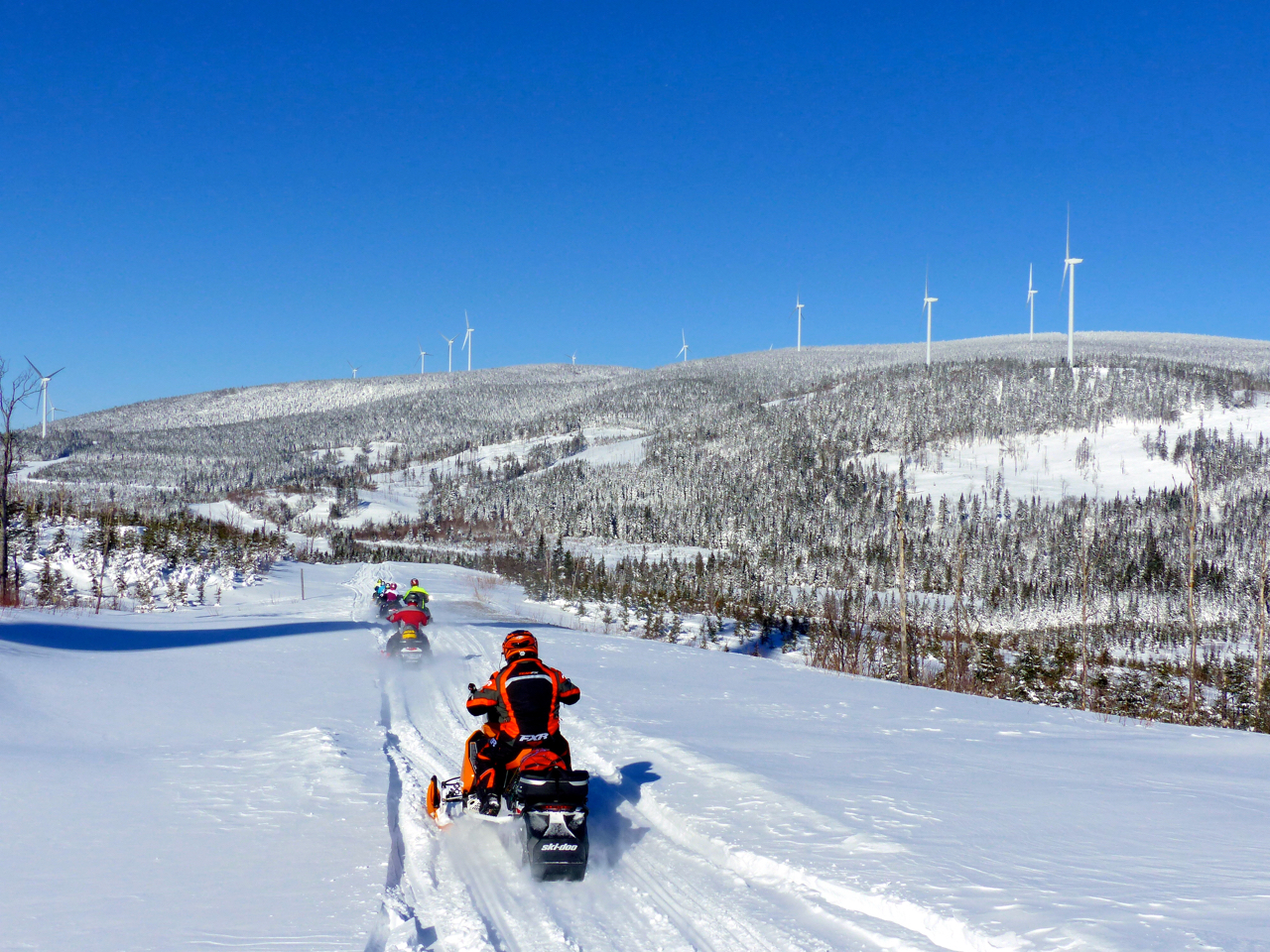 Gaspésie is a large region with about 3,000 kilometres of snowmobile trails. About 50% of these are located along the coastal highlands. The other 50% cross the interior of the peninsula. Most of their trails are located in high country where cold & snow help build a strong trail base during the season. Meanwhile, altitude helps hold the snow longer into the spring.

However, not all areas of Gaspésie are equal. For example, the south coast from Pointe-à-la Croix east to Percé tends to get less snow overall. Thus, some trails there are more vulnerable to spring temperatures and variables.

On the other hand, the interior mountains generally get more snow all winter and hold it longest. So do some of the elevation trails along the north coast, especially adjacent to the Chic-Choc Mountains from Saint-Pauline east to Grande-Vallée. The downside is that these highest areas are also most vulnerable to having trails obliterated by major snowstorms and massive drifts from prevailing winds. And it can take several days to get them open again.

The key takeaway here is that where you are able to ride at any given time in Gaspésie varies. You might not be able to ride the full coastal loop as I did. But there are plenty of other good options such as riding the north coast plus the interior trails instead. The Gaspésie trail map also shows 11 different loops that may help you select a ride location. 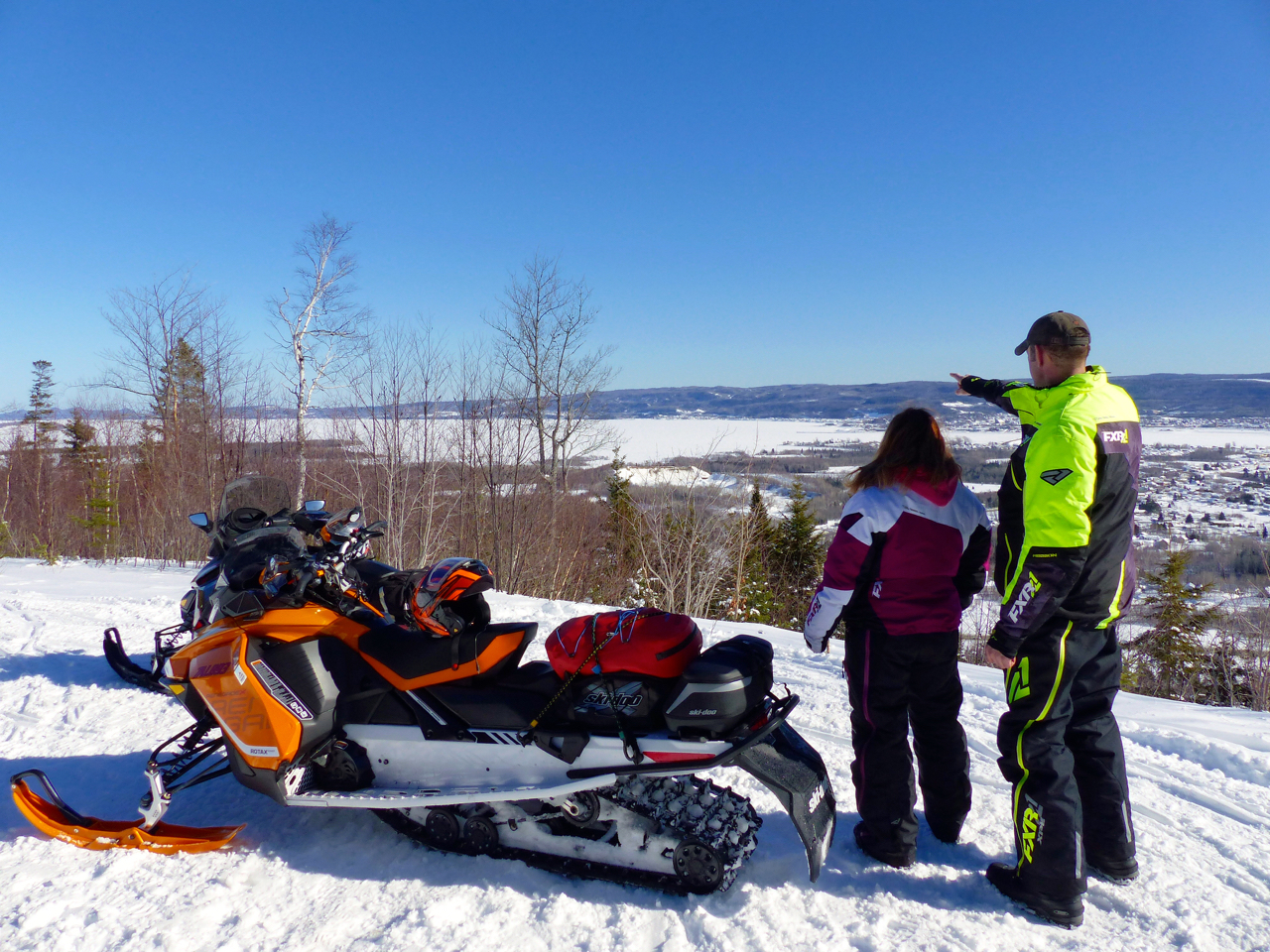 There are five websites you need to visit to assist with planning. Start with a review of current Gaspèsie trail conditions. This site will give you an idea of where the best available riding is.
Next, visit the Quebec Federation of Snowmobile Clubs site for a different list of trail conditions by region. On the same site, you can also see what’s been groomed and when. Then go to The Weather Network or Environment Canada to see what the temperature and snow forecasts are supposed to be.

All of the above in combination will help you decide when and where to go on your spring Gaspèsie snowmobile vacation. I’ve also found them useful to double check every night as Gaspésie conditions can change quickly and without much warning.

Generally, as it gets later in the season you’ll find more snow the higher up you go and less when you descend to the coast towns and villages for fuel, food and lodging. So if and where possible, find your late season lodgings at higher ground locations. These include the Hotel Copper, Village Grande Nature Chic-Chocs, Auberge de la Pente Abrupte, Auberge de la Malcolm or Auberge la Coullée Douce.
Next, please note that Relais La Cache on interior Trail 595 is not offering food or lodging this winter, but still has fuel available.

Finally, visitors should always remember that Québec law requires every snowmobile to have a mirror securely affixed. Hand mirrors (or worse, no mirrors) could get you a ticket!
With a limited range of good late season snowmobiling choices across Eastern Canada, Gaspèsie certainly tops the list as the most memorable way to go for your final ride. So why not book your spring getaway now?

Looking for more? Click on my Supertrax article below or view my previous Gaspésie article. 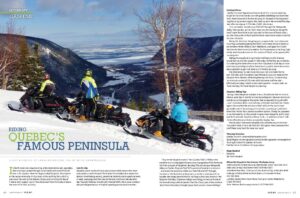