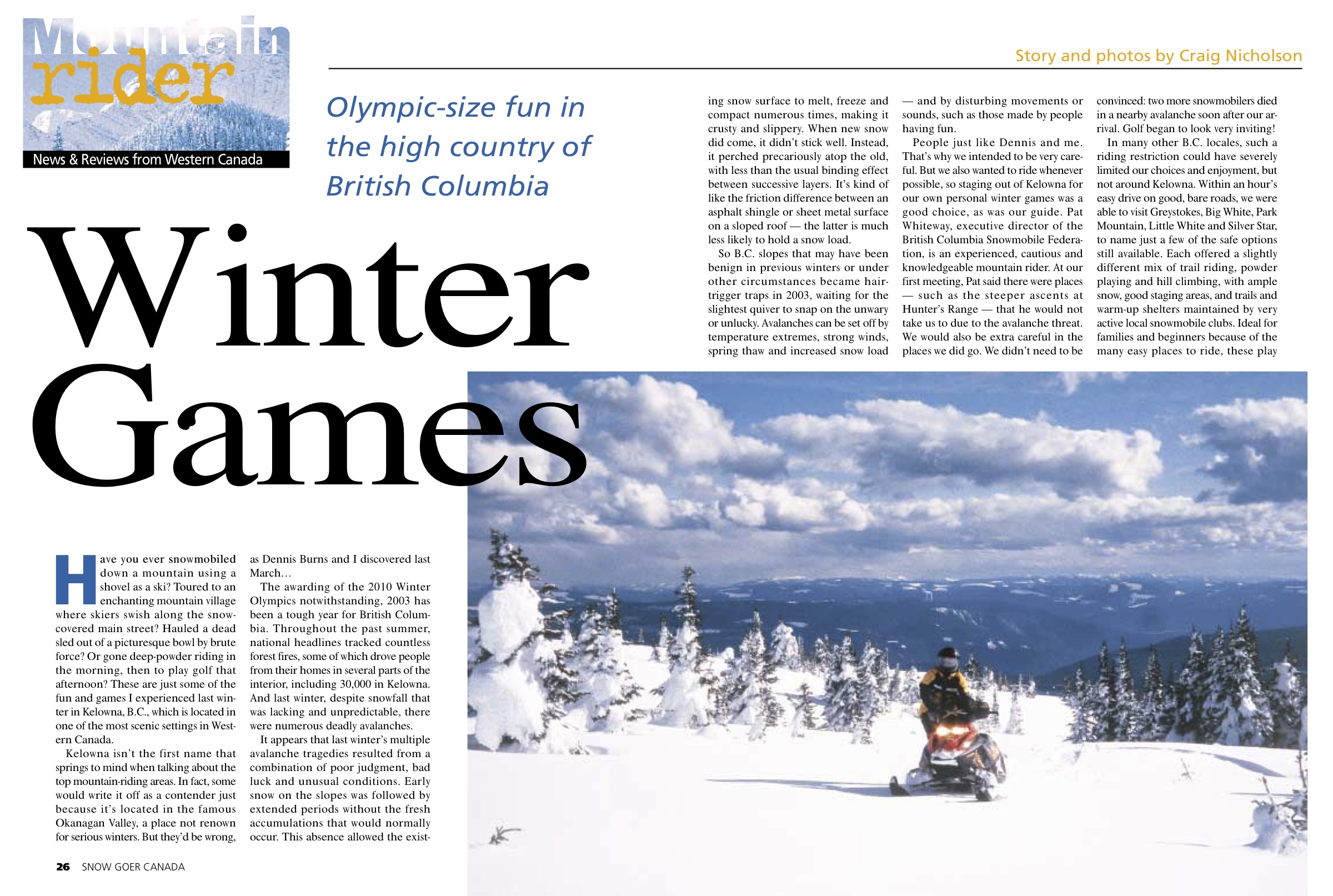 Related: What To Expect From Mountain Riding

Well, have you ever snowmobiled down a mountain using a shovel as a ski? Toured to an enchanting mountain village where skiers swish along the snow-covered main street? Hauled a dead sled out of a picturesque bowl by brute force? Or gone deep powder riding in the morning, then to play golf that afternoon?

Kelowna isn’t necessarily the first name that springs to mind when mountain riders talk about British Columbia snowmobile tour destinations. In fact, some would write it off as a contender just because it’s located in the famous Okanagan Valley, a place not renown for serious winters. But they’d be wrong, as Dennis Burns and I discovered one March…

For more, read my British Columbia snowmobile tour article about mountain sledding near Kelowna, BC, as it appeared in Snow Goer Canada Magazine.