How To Snowmobile Saskatchewan… 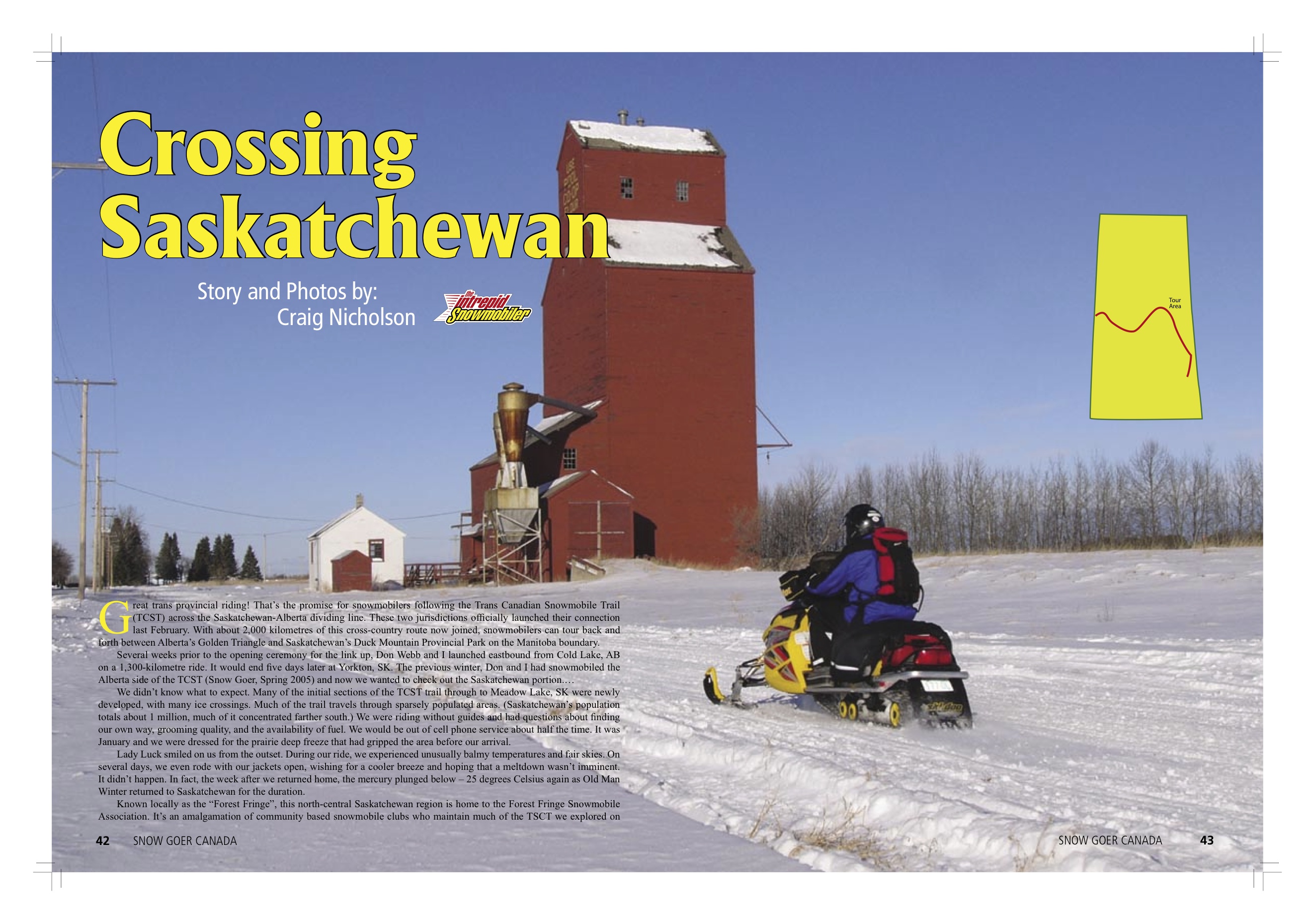 With 2,000 kilometres of this cross-country route, snowmobilers can tour back and forth between Alberta’s Golden Triangle and Saskatchewan’s Duck Mountain Provincial Park on the Manitoba boundary. Meanwhile, if you’re interested in more Western Canada snowmobile tour destinations, check out the rest of my articles.

Snowmobile Saskatchewan from Border to Border

Several weeks prior to the opening ceremony for the link up, Don Webb and I launched eastbound from Cold Lake, Alberta on a 1,300-kilometre ride. It would end five days later at Yorkton, Saskatchewan. The previous winter, Don and I had snowmobiled the Alberta portion of the TCST and now we wanted to check out what Saskatchewan snowmobiling had to offer…

We didn’t know what to expect on this Saskatchewan snowmobile tour. Several of the initial sections of the TCST trail from Cold Lake to Meadow Lake were newly developed, with many ice crossings. Much of the trail travels through sparsely populated areas. (Saskatchewan’s population totals about 1 million, much of it concentrated farther south.) We were riding without guides and had questions about finding our own way, grooming quality, and the availability of fuel. We would be out of cell phone service about half the time. It was January and we were dressed for the prairie deep freeze that had gripped the area before our arrival.

Lady Luck smiled on us from the outset. During our ride, we experienced unusually balmy temperatures and fair skies. On several days, we even rode with our jackets open, wishing for a cooler breeze and hoping that a meltdown wasn’t imminent. It didn’t happen. In fact, the week after we returned home, the mercury plunged below – 25 degrees Celsius again as Old Man Winter returned to Saskatchewan for the duration.

Riders should reconfirm the routes and services mentioned in this Saskatchewan snowmobile tour article as they may have changed since publication.