To stud or not to stud, that is the question for your snowmobile tour or snowmobile vacation. Every season the debate continues among trail riders. Some riders say they don’t need any assistance from studs. Others say studs give snowmobiling a bad name by chewing up the pavement. Some say studs can damage your track. And others say studs are only for racers. 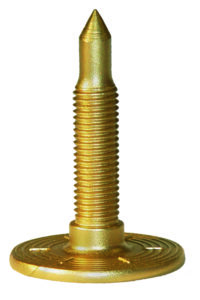 Snowmobile Studs – Who Needs to Stud?

I’ll concede that casual, recreational riders that don’t put on many miles on can probably go studless. Same goes for riders who predominantly play in the powder. But for any serious trail rider, especially one mounted on a late model or current snowmobile, going studded shouldn’t be overlooked. Today’s advanced trails, high tech sleds, riding styles and changeable weather all argue for as much traction control as you can get – and that means good carbides up front and good studs out back.

Snowmobile Studs – How To Know When to Stud

For me, the best traction means Woody’s Traction Products. Woody’s provide that extra measure of control I need for scooting around an icy corner, ascending a slippery hill or coming to a more controlled stop. Yes, during many of the 10,000 or more kilometres I ride each winter, I may not always need assistance from studs. But the there are enough instances when I do that I’m glad to have them – and the thing is, I never know when that need is going to happen, because I can never predict what the trail surface is going to be like just ahead. Nor can I forecast from one day to the next how conditions will change, or even within the same day.

I’ve ridden in a skim of fresh powder in the morning and hit icy patches the same afternoon. I’ve been caught in ice storms made me wonder if someone had driven a Zamboni ahead of me on the trail. And I’ve travelled ice crossing that were more skating rink than snow trail. So when I’m on a ride away from home – be it for several hours or several days – Woody’s provides me with extra peace of mind, security and safety…and the confidence to continue because I’m riding on traction products that are as state of the art as my Ski-Doo snowmobile. I’ve never thrown a properly installed Woody’s stud or had any damage to my track, and after each 10,000-kilometre season, my Woody’s studs are still in good shape for next winter!

View my other Woody’s Product Review

Check out other product reviews.