Discover Why Woodys Studs Are Best Bet for Trail Riding… 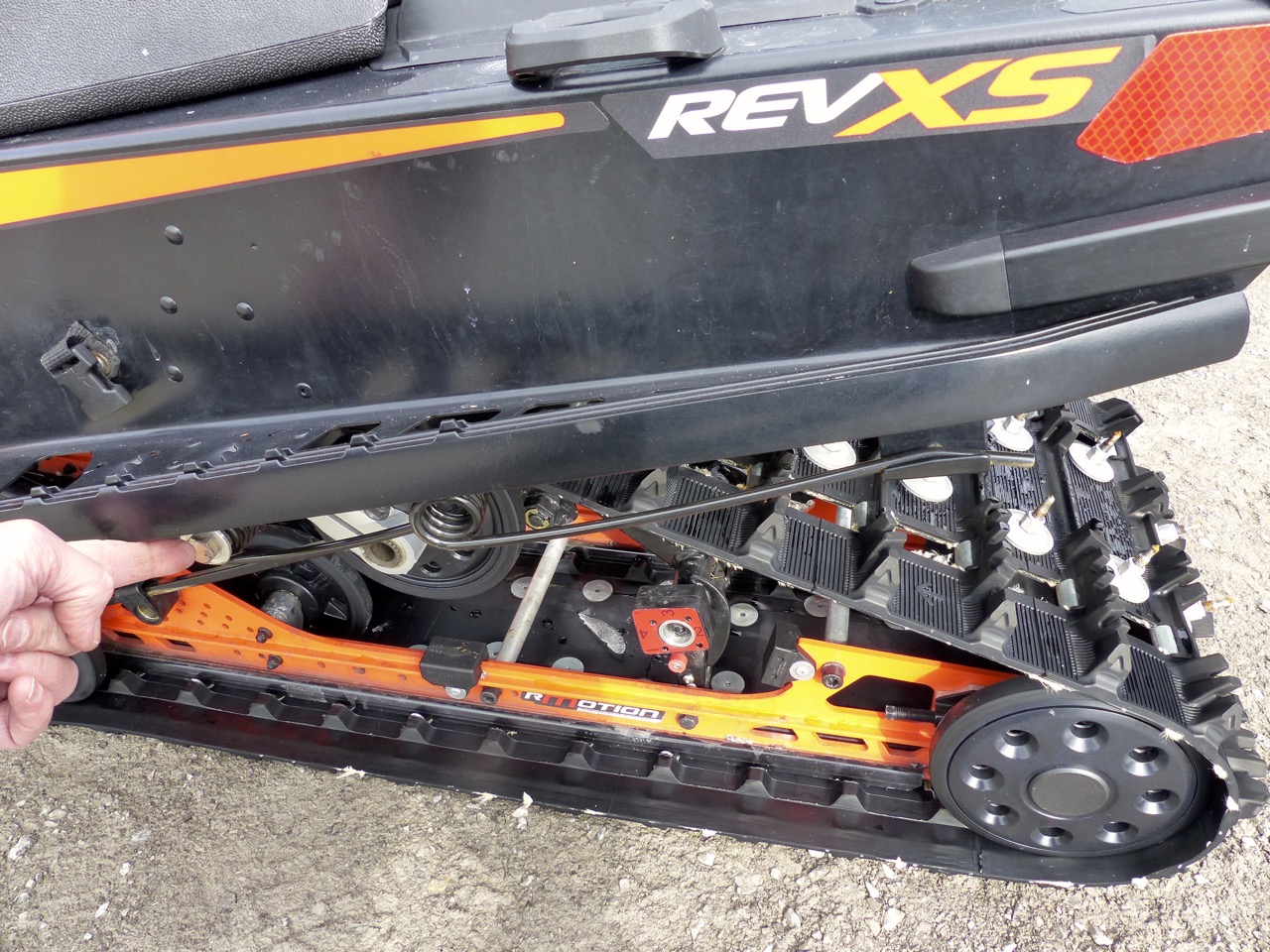 Woodys studs won’t be your choice if you ride in deep snow all the time. Mountain sledders, off-trail riders and water crossers don’t need any studs. But anyone that runs regularly on groomed trail or hard packed snow, in areas subject to frequent temperature fluctuations, or that does much ice running, should seriously consider their value for safety and peace of mind.

That’s because the interface between rubber and snow or ice is inherently tenuous, variable and unpredictable. So snowmobilers need a great equalizer. And in my opinion, the more trail riding or touring you do, the more you need Woody’s studs.

Sure, studs and carbides can improve a sled’s racing performance. But what’s more important for most of us is the safety factor. As your equalizer, Woody’s gives you a better grip to eliminate slipping, sliding and sudden loss of control.

Before studs, many’s the time I’ve been riding along without a care in the world, then unexpectedly hit a patch of ice, a slippery corner or an incline polished bare by previous tracks. With studs, there’s little concern. The back end of my sled maintains tractions, stays stable and retains directional control. Without studs, all kinds of bad things can happen…

Like the day a bunch of us zoomed down a snow-covered backwoods road. All of us made it without incident, but the one sled without studs suddenly went out of control. It spun around and did several barrel rolls, throwing off the rider and damaging windshield and cowling.

Or the time we had to cross glare ice. Those with studs had no problem, while those without were constantly doing uncontrolled donuts or getting off to push when their tracks spun uselessly.
So I’m always mind-boggled by touring riders who brag about never studding their tracks. To me that’s like boasting no snow tires or 4-wheel drive for winter driving – why take the chance? 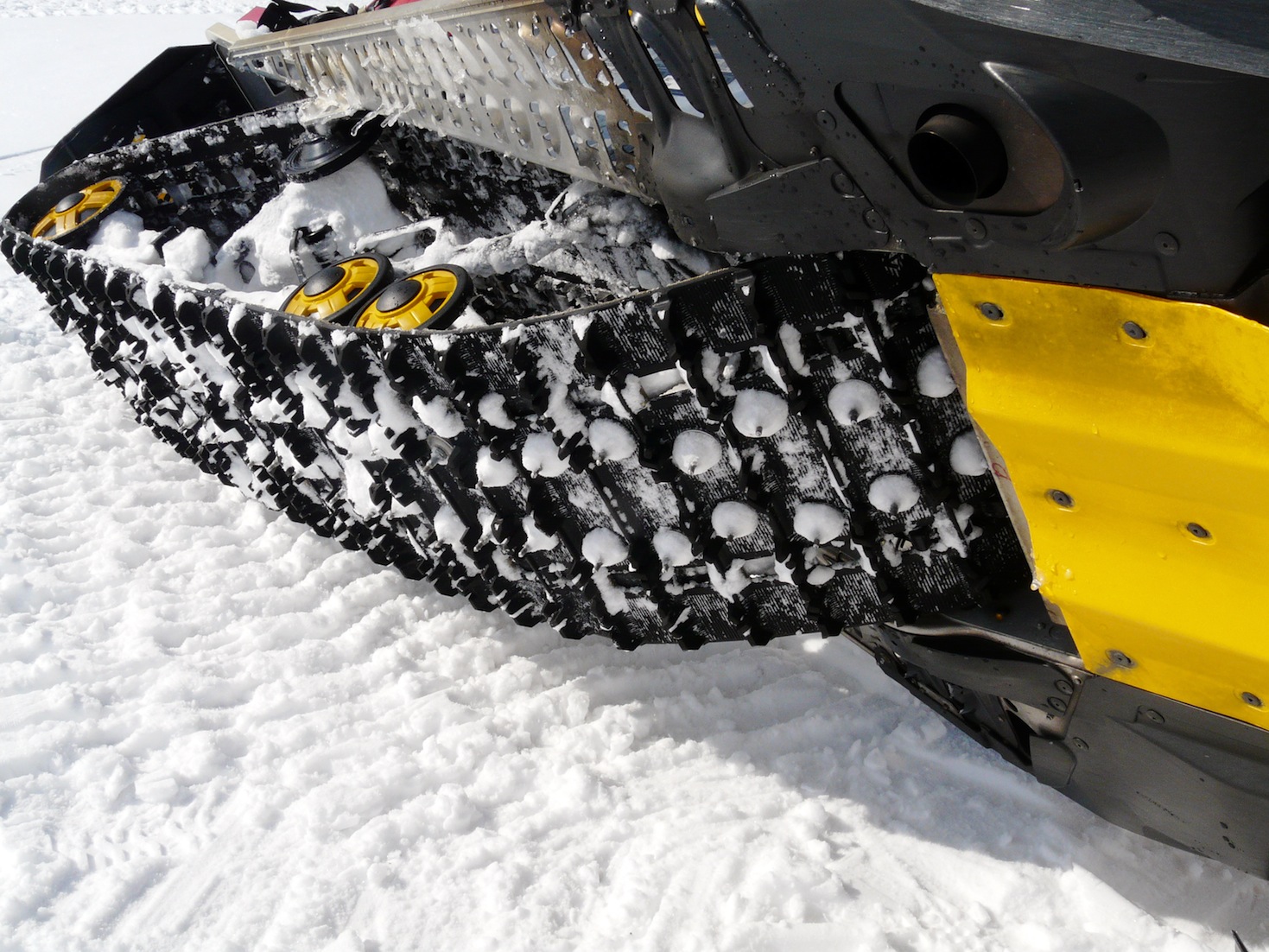 Don’t view Woody’s trail studs as a licence to go faster either, because that’s not what they’re for. As with any safety device, you can push beyond their limits and get into trouble. Instead, look at them as providing that extra edge to make the way you already ride even safer.

To achieve this properly for trail riding, be sure to get the right length studs for your track. Don’t over stud either. Some tracks are pre-holed to guide you to the right number and pattern of studs. Woody’s also offers good self-installation information and instructions on their website.

I’ve used Woody’s studs for several years now on tracks that don’t come pre-studded. Here’s what else I like about them.

Even when I put on almost 15,000 kilometres in one season, they didn’t break, didn’t pull through the track and maintained their gripping power. When combined with the added stability and handling provided by their Slim Jim™ Dooly® carbides, which also eliminate front end darting, the Woody’s traction package is second to none.

I guess that’s why Woody’s are the only studs approved by Ski-Doo for their current sleds. I know they’ve earned my top rating too!