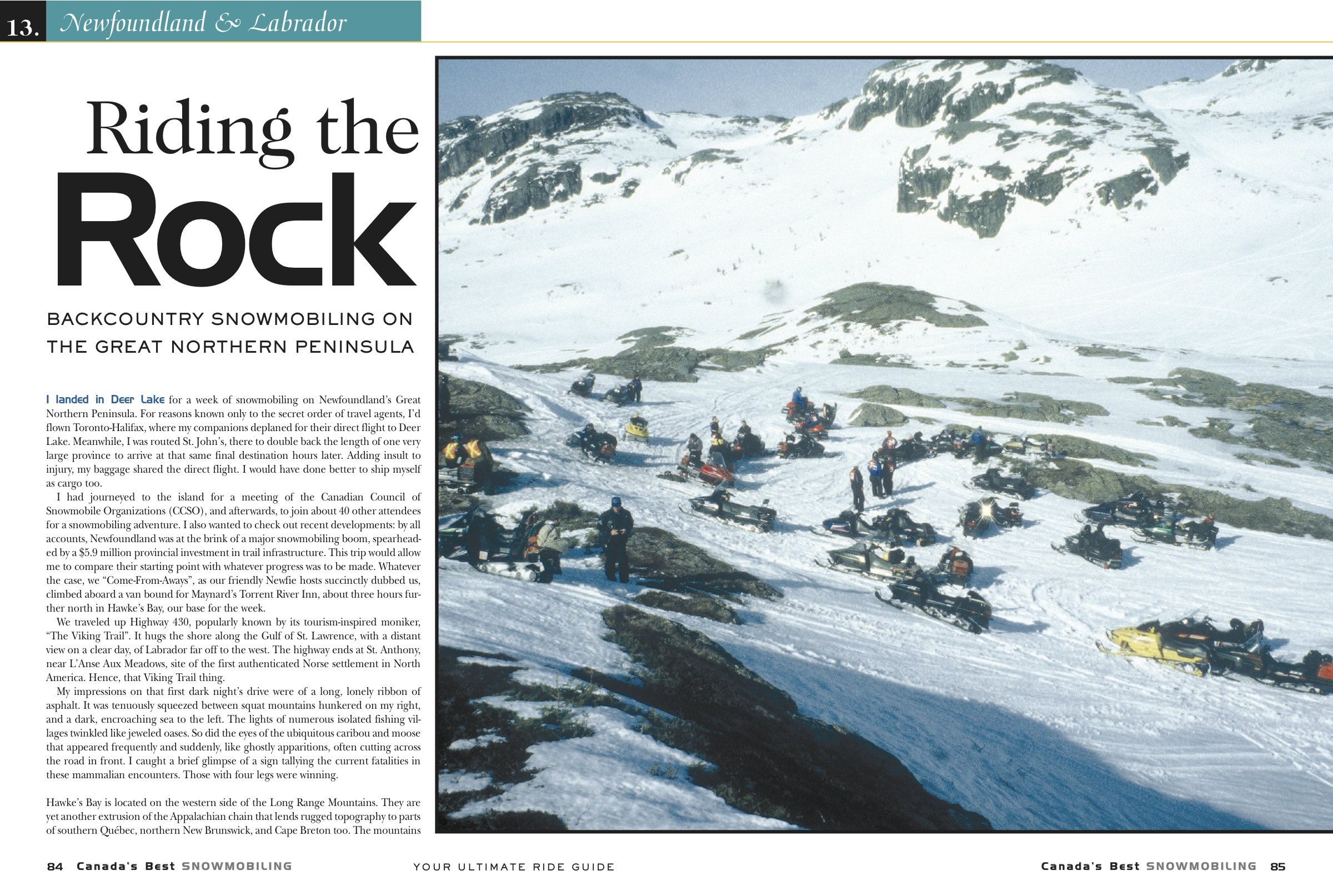 For reasons known only to the secret order of travel agents, I’d flown Toronto-Halifax, where my companions deplaned for their direct flight to Deer Lake. Meanwhile, I was routed St. John’s, there to double back the length of one very large province to arrive at that same final destination hours later. Adding insult to injury, my baggage shared the direct flight. I would have done better to ship myself as cargo too.

I had journeyed to the island for a meeting of the Canadian Council of Snowmobile Organizations (CCSO). Afterwards, I joined about 40 other attendees for a snowmobiling adventure. I also wanted to check out recent developments. By all accounts, Newfoundland was at the brink of a major snowmobiling boom, spearheaded by a $5.9 million provincial investment in trail infrastructure.

This trip would allow me to compare their starting point with whatever progress was to be made. Whatever the case, we “Come-From-Aways”, as our friendly Newfie hosts succinctly dubbed us, climbed aboard a van bound for Maynard’s Torrent River Inn. It’s located about three hours further north in Hawke’s Bay, our base for the week on this Newfoundland snowmobile tour. 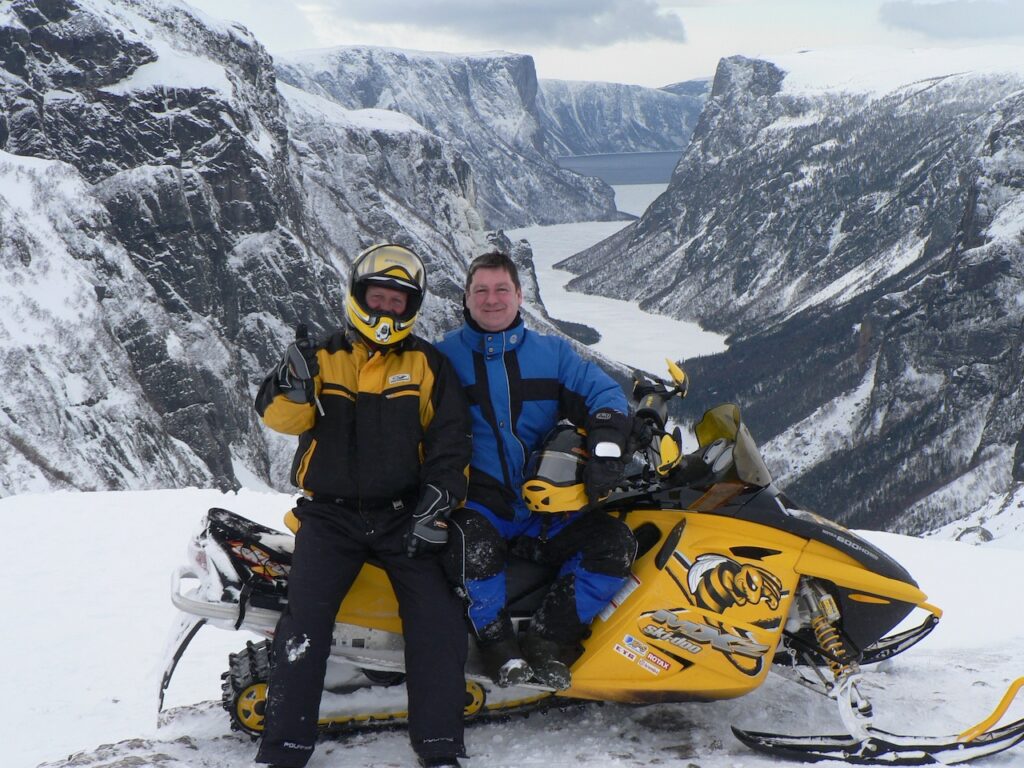 We traveled up Highway 430, popularly known by its tourism-inspired moniker, “The Viking Trail”. It hugs the shore along the Gulf of St. Lawrence, with a distant view on a clear day, of Labrador far off to the west. The highway ends at St. Anthony, near L’Anse Aux Meadows. That’s the site of the first authenticated Norse settlement in North America. Hence, that Viking Trail thing.

My impressions on that first dark night’s drive were of a long, lonely ribbon of asphalt. It was tenuously squeezed between squat mountains hunkered on my right, and a dark, encroaching sea to the left. The lights of numerous isolated fishing villages twinkled like jeweled oases.

So did the eyes of the ubiquitous caribou and moose that appeared frequently and suddenly, like ghostly apparitions, often cutting across the road in front. I caught a brief glimpse of a sign tallying the current fatalities in these mammalian encounters. Those with four legs were winning.

Snowmobile Western Newfoundland on The Rock

Hawke’s Bay is located on the western side of the Long Range Mountains. They are yet another extrusion of the Appalachian chain that lends rugged topography to parts of southern Québec, northern New Brunswick, and Cape Breton too. The mountains of Western Newfoundland dominate the horizon, tapering off into the broad, central plateau that slopes eastward to the far off capitol, St. John’s. While the island peaks are neither as towering nor as precipitous as the Rockies, there can be little doubt why this rugged land is nicknamed “The Rock”.

For more on this Newfoundland snowmobile tour, read my Riding the Rock article as published in Snow Goer Canada snowmobile magazine.

Riders should reconfirm the routes and services mentioned in this Newfoundland snowmobile tour article as they may have changed since publication.