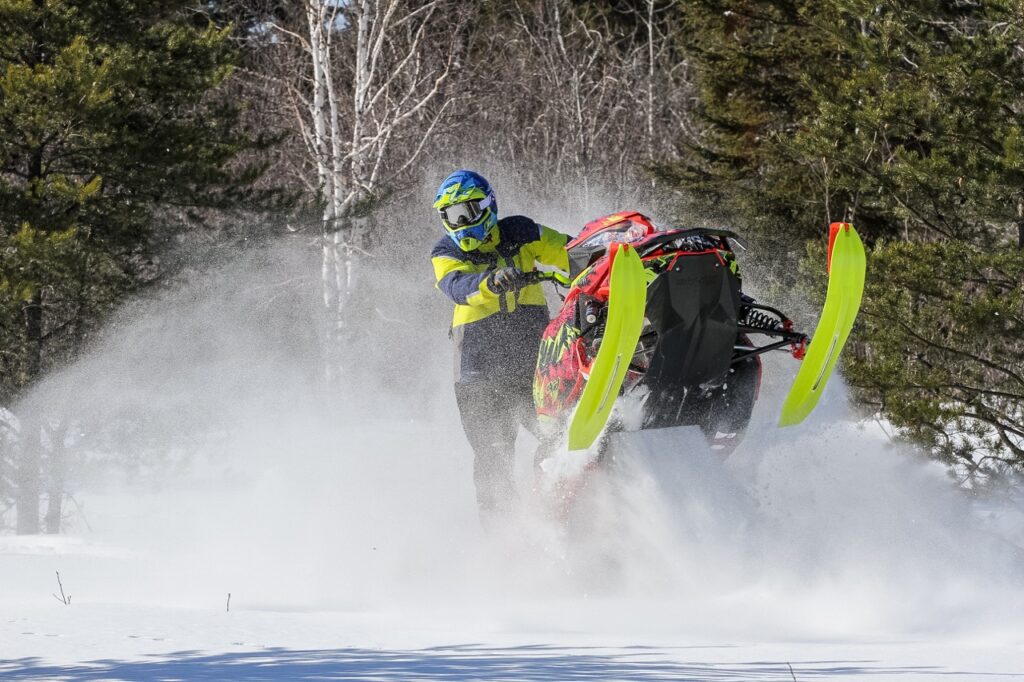 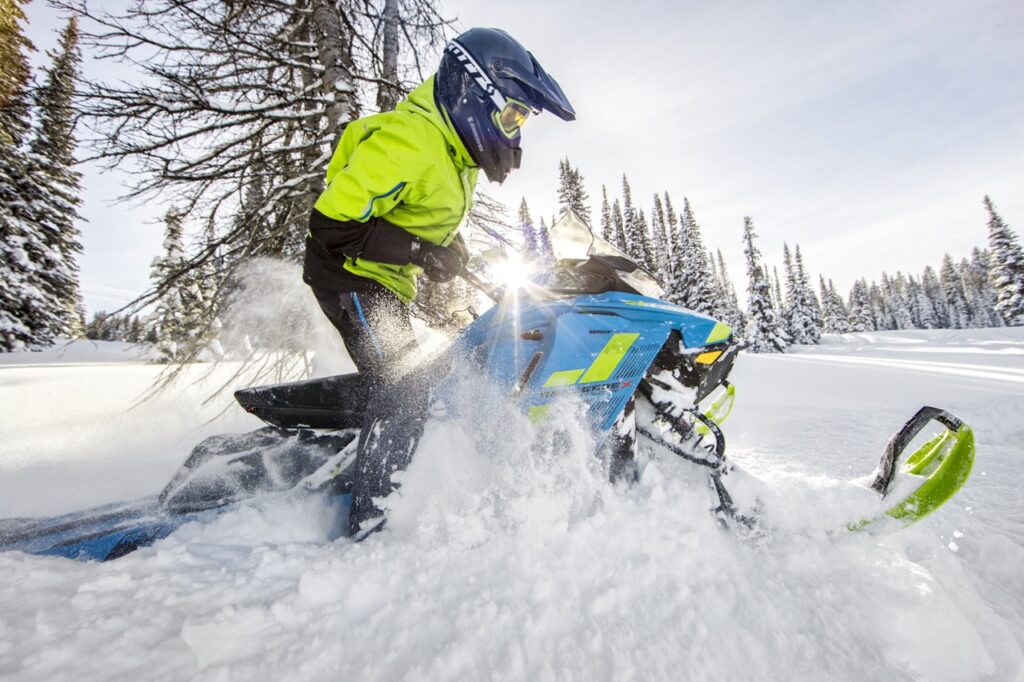 “Your mission, if you choose to accept it, is to ride your sled in some of the best backcountry in the Great Lakes basin.” So began my introduction to “Top Secret Boondocking Location”. It’s an off trail snowmobiling opportunity launched in Wawa, Ontario. Targeted to trail riders seeking a backwoods powder adventure, it attracted a pile of riders to Northern Ontario while it lasted. They came from as far away as the Greater Toronto Area and Michigan.

A one-off maybe? Not so much. I recalled a Haute Gaspésie snowmobile backcountry riding brochure that came across my desk not a year or so ago. It welcomed snowmobilers to backcountry riding in Quebec’s Chic-Choc Mountains. Apparently, this is one of several proposed so-called “Snow Parks” that Quebec is identifying and opening. And what about the wilderness challenge to James Bay and Moosonee, Ontario offered by Extreme Tours Cochrane? 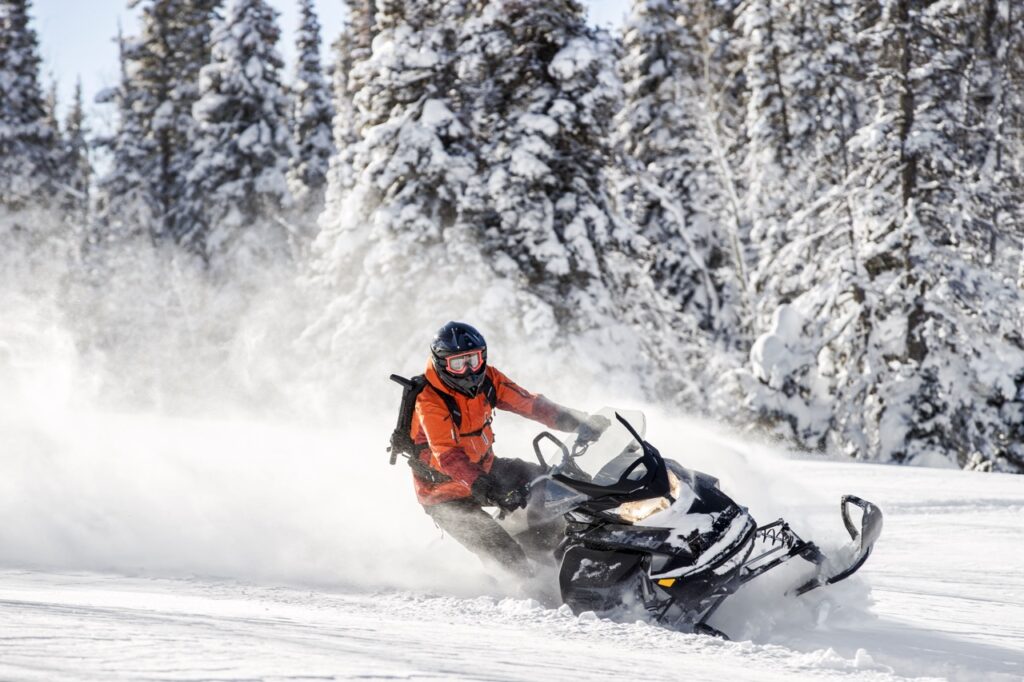 These examples of snowmobile backcountry riding opportunities got me thinking about a snowmobile magazine column I wrote. It’s about the booming popularity of crossover sleds. In it, I spotlighted the growing contingent of flatlanders from the traditional trail riding provinces. They are seeking to expand their sledding horizons by venturing off trail into deep powder. The challenge has always been where to go and how to play safe. And how to go boondocking without butting heads with other users, private landowners, Mother Nature or organized trails.

As the first of its kind in Ontario, Wawa’s Top Secret Boondocking Location in Algoma Country seemed to have addressed many of these concerns from the get-go. Their approach integrated organized trails with oodles of backcountry options. It had community, municipal and tourism buy-in and cooperation. Riders staged out of one specific destination. In this case the snowmobile-friendly Town of Wawa, which boasts good lodgings, restaurants and services.

Top Secret Boondocking Location used specifically identified nearby Crown Land play areas. It provided info on how to get to them by organized snowmobile trails (with a permit on your sled). It published a set of rules. Guides and GPS tracks were available. There’was also a safety net being developed so someone knows where you’ve gone and when you are due to arrive back. The Top Secret Boondocking Location folks even promoted their season with a “Snow Down” event each February. Plus, mountain sled rentals were also available for snowmobile backcountry riding. 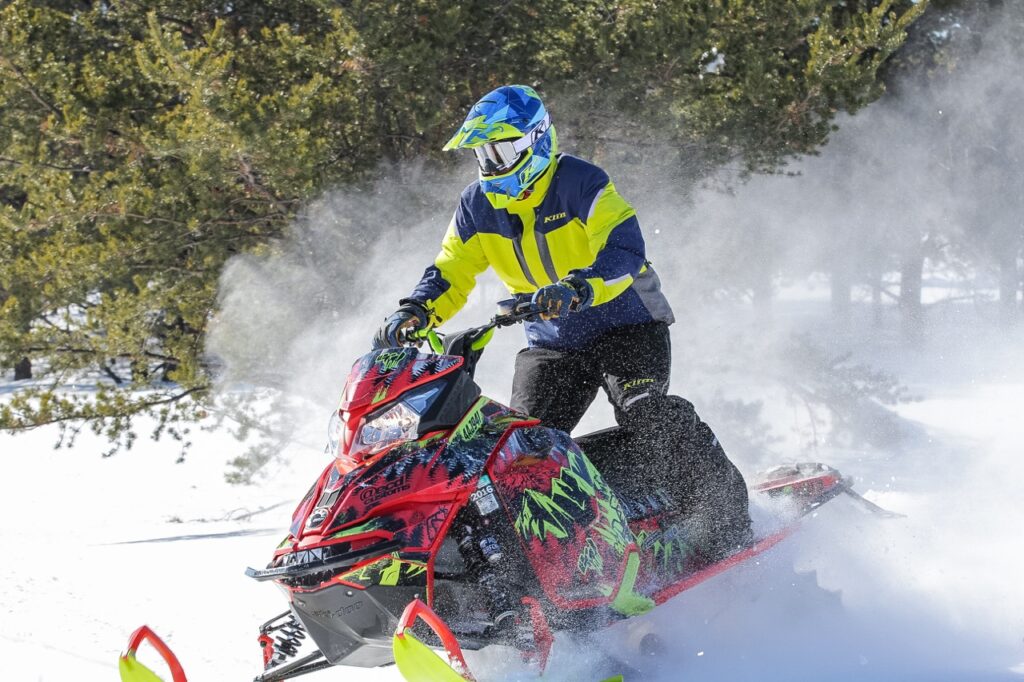 Generally, the Wawa organizers developed a good model for a new snowmobiling product. It should have worked as a viable template for other interested communities to emulate. Unfortunately, this effort fell apart due to internal difficulties and liability issues. Maybe others will learn from the Wawa experience and get it right next time.

Wawa’s Top Secret Boondocking Location and Quebec’s Snow Park concept were the sparks that seem to be igniting some new expansion for the backcountry riding community. But overall, this is a sector that’s not traditionally very well organized. There’s an interesting dichotomy here. Participants want their riding to be anything but organized, because that’s part of its free-form, free-style, go anywhere appeal.

On the other hand, as Wawa demonstrated, it’s a huge benefit to boondockers for someone to have initiated some sort of regulated development. That provides behind the scenes organizing of support infrastructure to enable fantastic and worry-free snowmobile backcountry riding adventures.

To date, any getting-its-act-together in the backcountry riding sector has mostly been left up to a handful of companies. They offer guided backcountry tours in some parts of Ontario, Quebec and Newfoundland’s west coast and Great Northern Peninsula. This isn’t to say that there aren’t already plenty of do-it-yourself boondocking opportunities throughout some of the trail riding provinces. Pretty much anyone with a long track sled and a good GPS can participate.

For example, check out Ontario’s Abitibi Canyon, Quebec’s Monts Valin & Chic-Chocs Mountains, and the Cape Breton Highlands. Or New Brunswick’s Mont Carleton-Christmas Mountains and the Moose Valley area (where I once had an incredible ride on powder covered logging roads that seemed to go on forever). Maintained snowmobile trails are the best way to access these areas by snowmobile. So you’ll need a snowmobile trail permit to get there.

Another a new opportunity is underway. A partnership of local Francophone communities have identified 11 more backcountry riding areas. They are located from Cochrane to Hearst under the brand “Aventure Nord”. Each is listed under “Backcountry” on the newly translated Aventure Nord website with text descriptions and map locations.

These backcountry opportunities didn’t just suddenly materialize out of nowhere. In fact, local powder hounds have been riding them for years. One of the identified areas is north of Cochrane (as is Abitibi Canyon). Others locations include 1 north of Smooth Rock Falls, 4 around Kapuskasing, 1 north of Mattice and 4 in the Hearst area.

This expanded backcountry product opens a whole new riding experience in Northeastern Ontario. It’s one with great potential, but still in its infancy. It’s also totally different and separate from the OFSC trails visiting snowmobilers are used to riding. Among other considerations, this means these backcountry areas have no signs or services. So snowmobilers entering any of them must be experienced and properly equipped for powder riding.

Yup, like I said a while back, today’s crossover sleds and their new cousin, the snow bike, are empowering flatlanders to explore wherever they want. Just like their mountain riding compatriots, they’re getting farther into the hinterlands than ever before. Also riding in ways that weren’t possible less than a decade ago.

But that has the potential to get them into some difficulties. And, if we’re all not careful, into conflict with others. To my mind, that’s why we need more planned opportunities like the Top Secret Boondocking Location and the Snow Parks. Hopefully, that will keep this emerging activity as copacetic as possible without sacrificing its challenge, freedom and exhilaration.