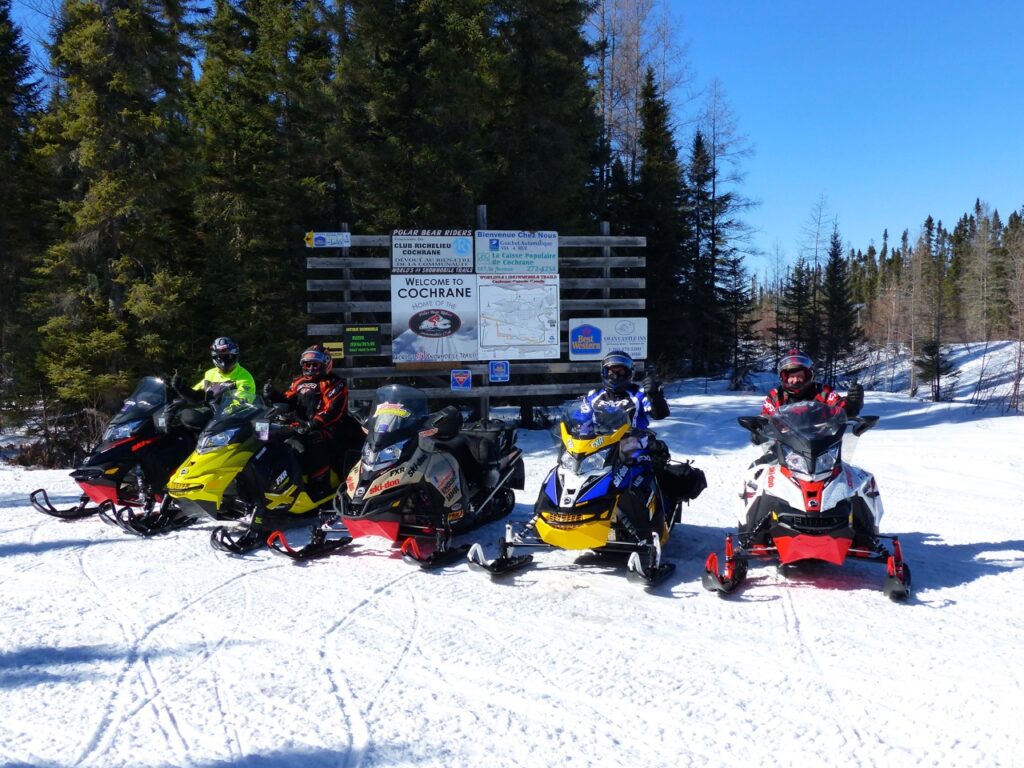 Why is finding towns important? As snowmobile trail systems evolved, clubs made sure they accessed many snowbelt towns. Why? Because travelling snowmobilers need the same services and amenities as any other tourists. Unfortunately, many of these towns still haven’t realized or capitalized on the winter bonanza. Meanwhile, visiting riders continue to bring nothing but their wallets to snowmobile friendly communities. This in the dead of winter, when not much else is happening tourism-wise.

Ontario towns like Orillia, Barry’s Bay, Timmins, Cochrane and a handful of others get the economics, but most do not. Some don’t pay any attention to snow conditions or to snowmobile trails entering their community. Others simply take the trails for granted. Some treat them like a nuisance, Meanwhile others seem to do their best to make snowmobile entry as difficult as possible with no-snowmobiling bylaws, ploughed access roads and development restrictions. 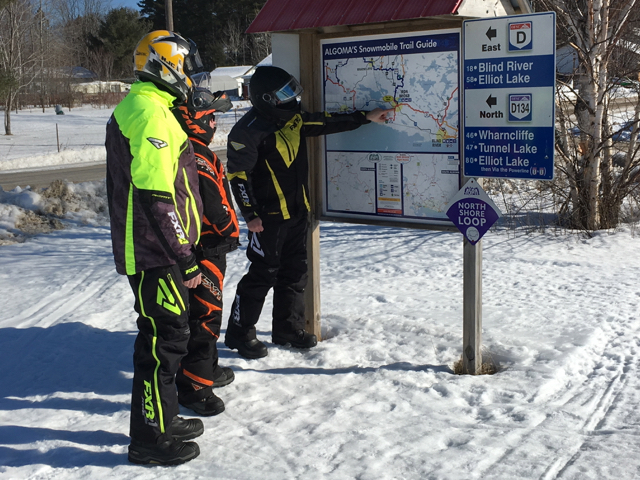 When you enter a town by road, a welcoming sign usually says something like: “Smith Town Population: 215”, so you know not to blink. Similar postings are rarely found on snowmobile trails. There could be signs posted by snowmobile clubs for kilometres down the trail indicating what town lies ahead. But how do I know for certain that I’ve actually arrived if the town doesn’t announce itself prominently with things like a welcome sign and services map board?
Many’s the time I’ve snowmobiled right on by a community. Only after do I realize my mistake, deduced from the sudden absence of any more arrows pointing to ‘Smith Town’ ahead. Usually it doesn’t matter much, except when I’m low on gas. Or have a hotel reservation back there. So I’ve developed a keen eye for the numerous clues that a population center is nearby…

Unfortunately, the most prevalent clue is often the surprising absence of almost all destination and service signs. It’s as if I’ve just entered the black hole of hospitality markers. Maybe local residents don’t want to encourage visitors. Or simply assume that everyone else automatically knows where to go. Whatever, the result is that getting to services in many towns takes far too long when there’s no signage on the trail or to guide you from the trail to the services by approved, legal routes. 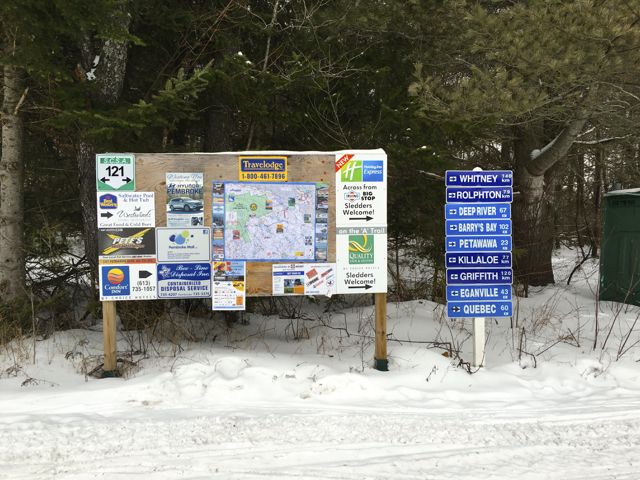 Another clue a town’s close is when road crossings become progressively more frequent. More roads usually mean more houses and humans, both necessary to make a town. If in doubt, there are two sure trail indicators for an upcoming hub. One is that more local riders mean rougher trails. Ergo, if a tabletop ride suddenly deteriorates into a major mogul-fest, then town is probably nearby. If I were in charge at a town, I’d do whatever was necessary to ensure that the local access trails are always in good shape to encourage more sledding visitors. How about by paying additional grooming expenses to the local snowmobile club or having municipal staff groom them?

One more clue for town proximity is that the pure white stuff on the trail abruptly becomes dirty brown from frequent traffic. Of course, this could also mean an upcoming mud hole or that sled dogs use the trail as a lavatory. But if this phenomenon combines with an increase in solo teenage riders, it’s a good bet you’re arriving somewhere.

All that being said, there are four sure ways I know that a town is at hand. Most times the snowmobile trail will take the scenic route through the local dump. So I watch for circling crows and seagulls to lead the way. Failing that, I know I’m close when the trail transitions to bare pavement instead of snow. This indicates that the ploughs have been doing their best to keep me out. At the same time, being unexpectedly chased by a barking dog is also a strong hint that civilization is nigh. Finally, I can be dead certain of having arrived at a town when I see a building sign that reads: ‘Municipal Offices’. Especially if it’s surrounded by businesses and streets, and residents gaping at me as if I’m from outer space!

Finding Towns Is Not Rocket Science

Being a snowmobile-friendly town isn’t rocket science. Mostly, finding towns involves good, legal entry routes from the main trail and lots of good signage on trail and access routes. This way, snowmobilers can navigate in and out easily, without trespassing and without disruption. All of which can be the positive result of a productive and supportive working partnership with the local OFSC club.