How To Snowmobile Pavement Easily & Safely… 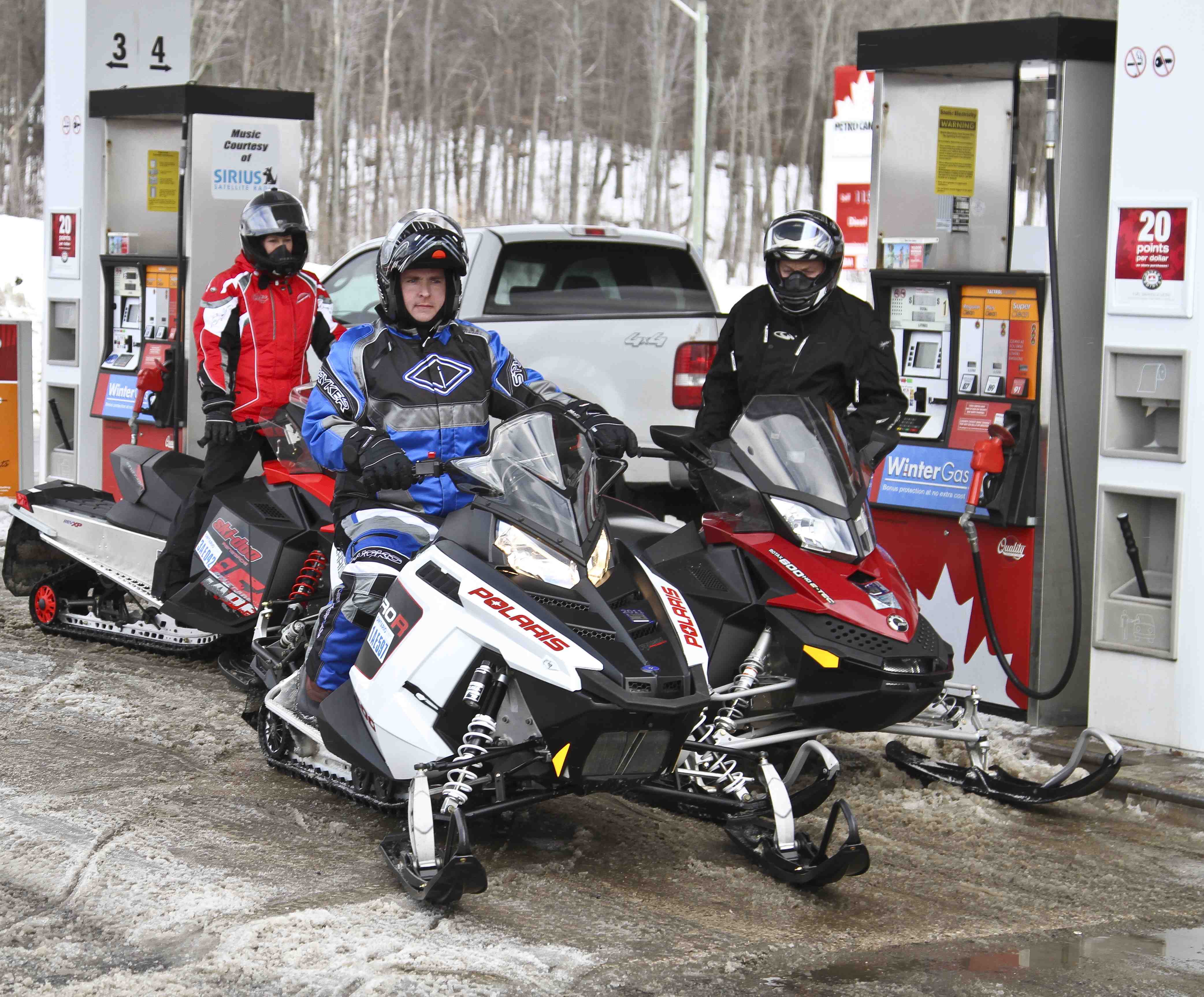 Nobody has yet invented a device for how to snowmobile pavement perfectly on a snowmobile tour or snowmobile vacation, as any snowmobiler trying to steer a sled at a gas station well knows…

Whatever you do, don’t turn your skis sharply and go forward on asphalt expecting your sled to turn. It won’t and all you’ll accomplish is filing your carbides off as you scrape them sideways against the pavement. Easy, gradual turns work better, but a straight line is best.

How to Snowmobile Pavement – Plan Approach 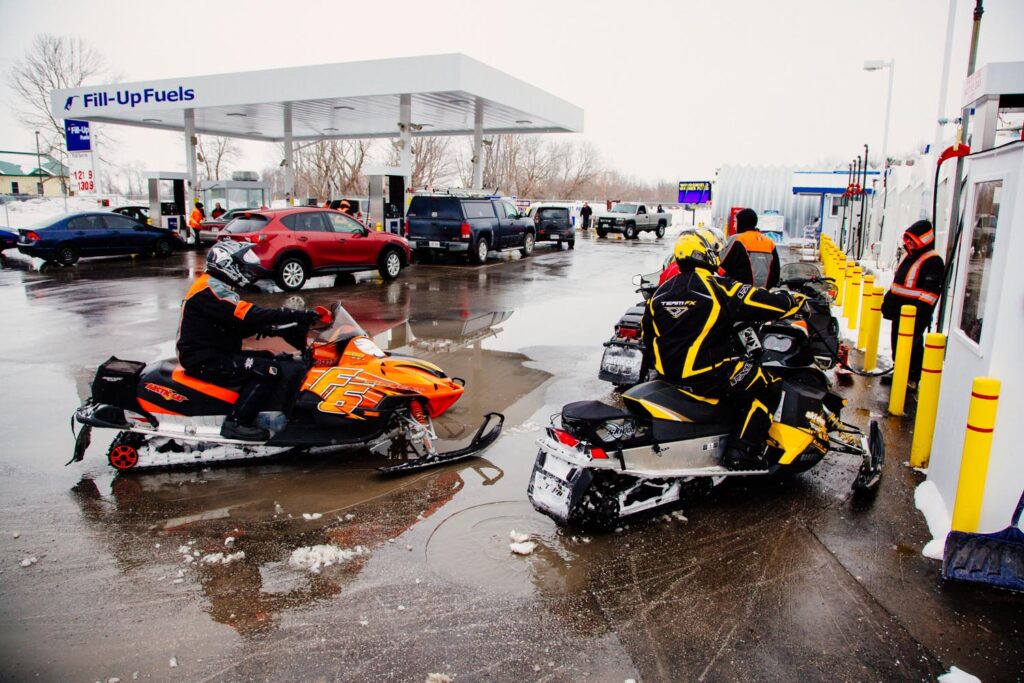 My primary tactic is to plan my approach to the pump before entering the station property. What I want to do is approach in a straight line, not having to make any turns or course corrections once on bare pavement. So I try to get lined up before I leave the snow I’m on, even if it means doing a loop or two to gain a more advantageous position.

But sometimes, I’ve had to leave the trail behind to follow a road shoulder before even getting to the station. When the station is in sight, my best advice is still to take the time to study the various approach possibilities. I always check to see if and where the nearest snow or ice cover is.

Often, while the pump area is bare, there is a packed area off to the side(s) somewhere. If so, my approach is usually three prong: first, from where I am to any available snow covering near the pumps; second, use that packed surface to reposition my sled to set for a straight run in; and finally, a bee line to the pump of choice.

How to Snowmobile Pavement – What’s the Exit Plan 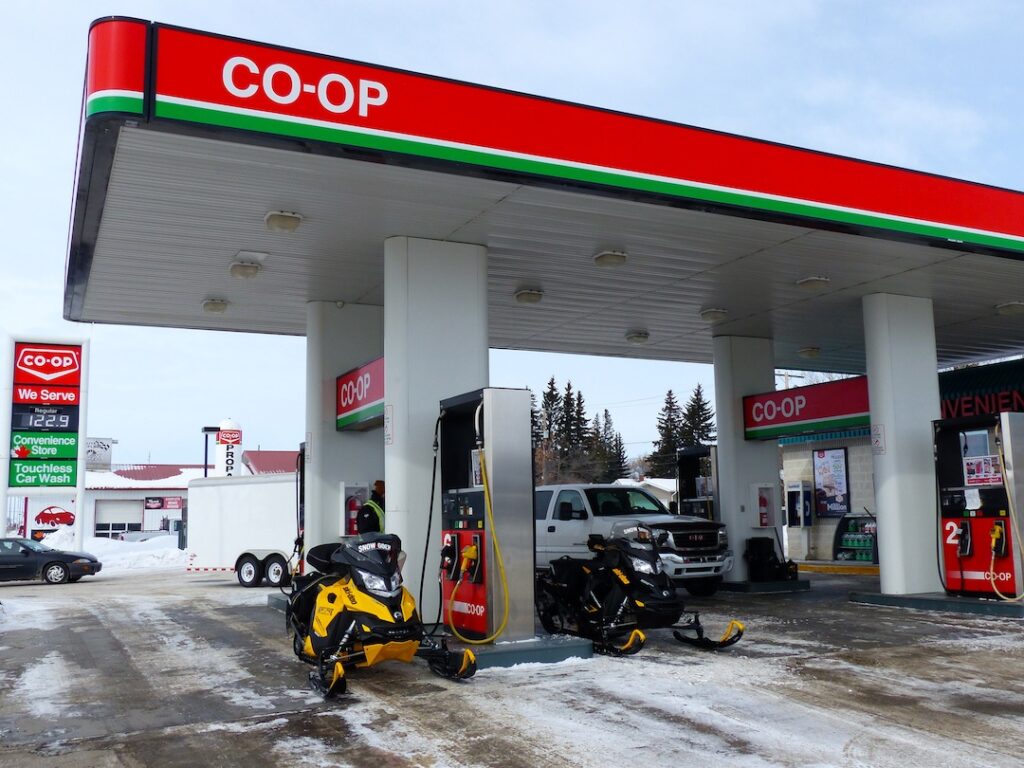 However, getting there is only half the battle. I also preplan how to exit after filling up. Sometimes that is just a continuation of the straight line right out to the other side, if there’s a packed surface there too. Then I reposition to get the optimum angle of approach for returning to the trail. It really pays to do some observation first. Because often, there is more than one way to get from the trail to the pumps and back.

Other times, a station does have one pump unplowed or has left a patch of packed cover nearer to one set of pumps than another. Sometimes, even though the station is on my side of the road, I’ll even cross over to the other side to get the best angle of approach when I cross back. It all depends on the terrain and location of any packed surfaces.

How to Snowmobile Pavement – Use Reverse Gear

That said, my secret weapon is reverse gear. Reverse makes it much easier to reposition my sled for a straight run. It means I have the option (frequently taken) of backing out of the pumps the same way I entered. And for some reason, it’s often easier to turn on pavement by backing instead of moving forward.

Two Final Tips for How to Snowmobile Pavement 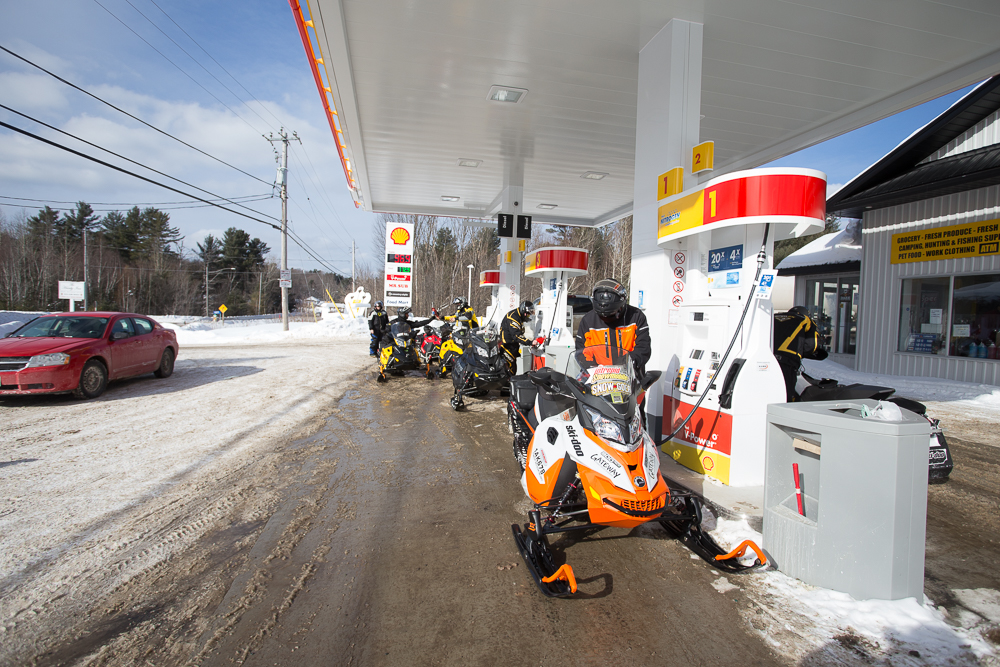 Upon arrival, move the signal hose before you run over it so that the station owner won’t be angry with all snowmobilers. Then, as a courtesy to incoming riders and even drivers, after filling up move your sled away from the pumps and then go in to pay!

So why do gas stations catering to snowmobilers plough off all the snow leading to the pumps? Surely one lane could be left covered so riders could manoeuvre in and out without looking like fish out of water. But it’s a safe assumption that most station approaches will remain bare for liability reasons, so snowmobilers need to learn how to get in and out as easily as possible. Or ride a 900 ACE like mine so you don’t have to gas up as often!