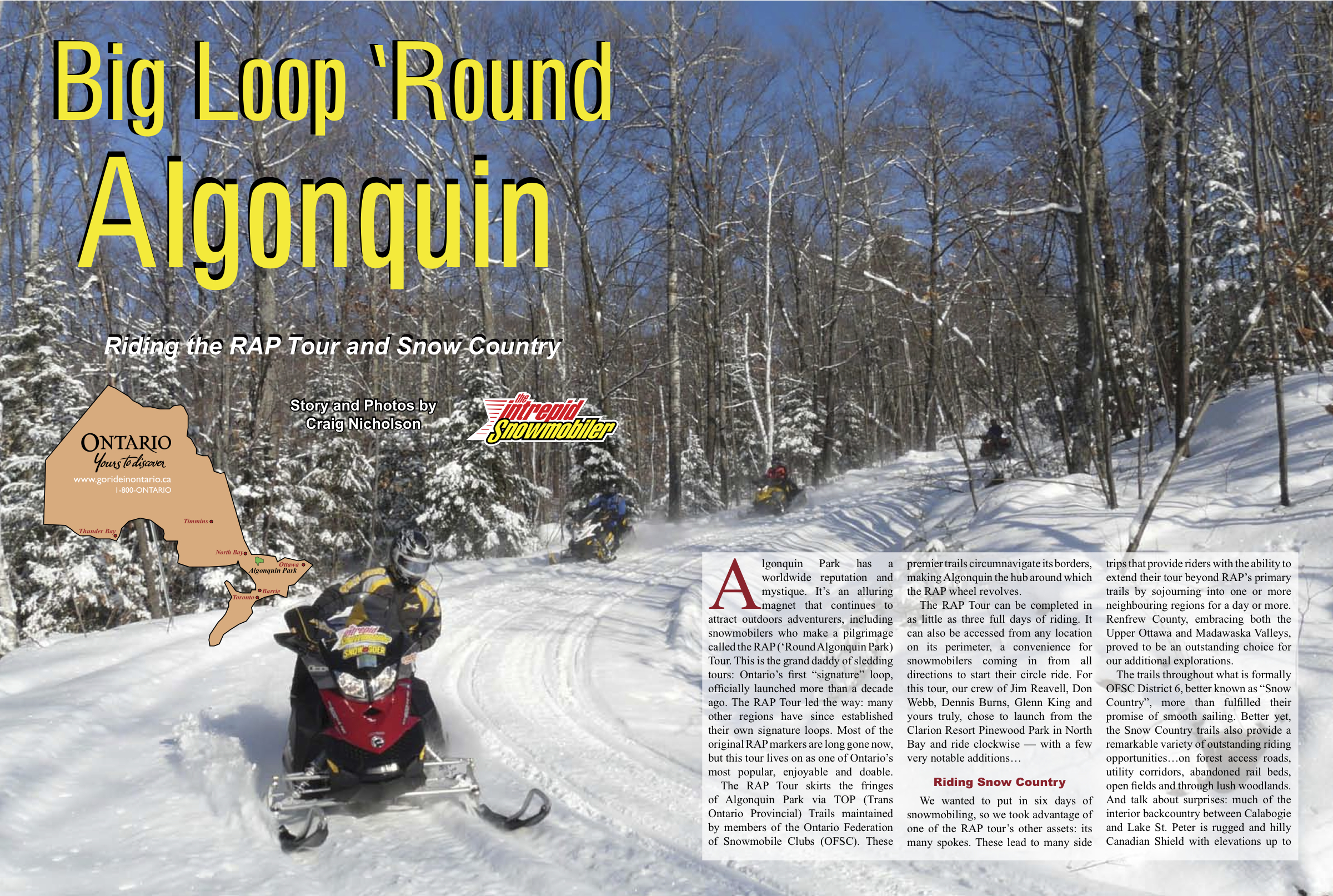 The RAP Tour led the way: The Ontario Federation of Snowmobile Clubs (OFSC) has since established many signature snow tours on Ontario snowmobile trails. Many of the original Ride the Rap markers are long gone now, but new ones are installed and this legendary Ontario snowmobile tour lives on as one of the most popular, enjoyable and doable on #ontariosnowtrails. Meanwhile, if you’re interested in other Ontario snowmobile tour destinations, check out the rest of my Ontario ride articles.

The RAP Tour skirts the fringes of Algonquin Park via TOP (Trans Ontario Provincial) Trails maintained by members of the OFSC. These premier snowmobile trails circumnavigate its borders, making Algonquin the hub around which the RAP wheel revolves.

The RAP Tour can be completed in as little as three full days of riding in good snow conditions. It can also be accessed from any location on its perimeter, a convenience for snowmobilers coming in from all directions to start their circle ride. For this Ontario snowmobile tour, our crew of Jim Reavell, Don Webb, Dennis Burns, Glenn King and yours truly, chose to launch from North Bay and ride clockwise — with a few very notable additions that made it a six-day ride…see our itinerary below and check out my Round Algonquin Park tour in Ontario Canada, as it appeared in Snow Goer Canada magazine. 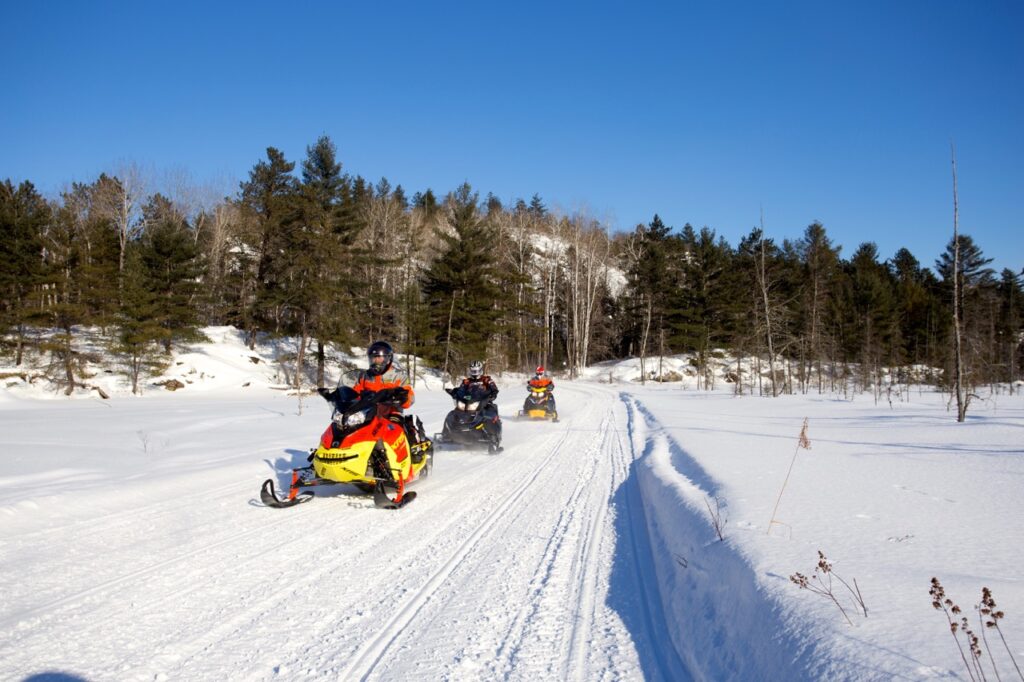 Trailer to North Bay (drive time from Greater Toronto Area: 4 – 5 hours; Stay on Hwy 11 northbound, until you see the hotel on the east side of the road. Where We Stayed: Quality Inn North Bay Airport. Direct trail access either via SSR 711 from TOP D. (Tourism region: Northeastern Ontario) 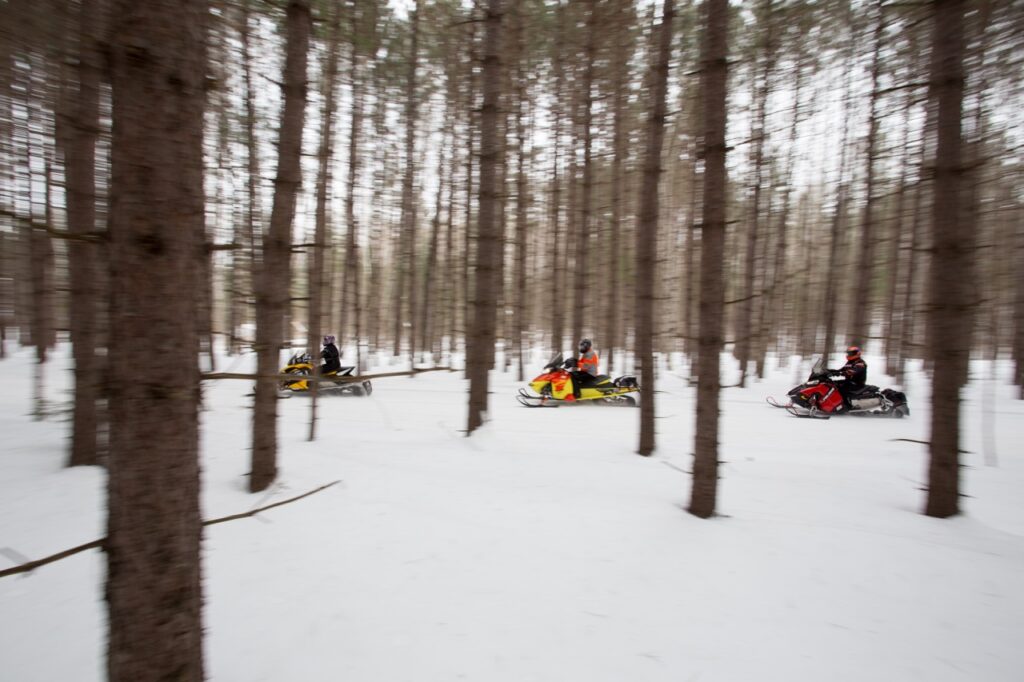